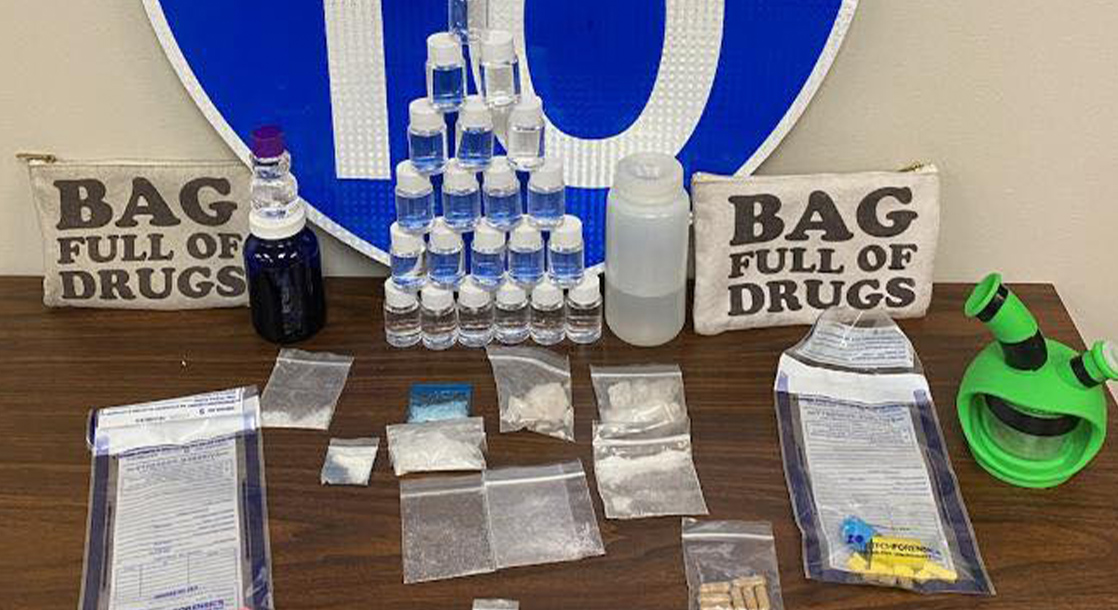 Pro tip: If you’re going to smuggle drugs in your car, don’t put them in sacks with big, bold letters stating, “Bag Full of Drugs.”

On Saturday evening, two men, Ian Christian Simmons behind the wheel and Joshua Michael Reinhardt riding shotgun, were pulled over by Florida Highway Patrol for speeding along I-10. According to USA Today, Reinhardt had an arrest warrant issued in Orange County, which prompted the cops to call in a local K-9 unit for backup.

After the police pooch sniffed out the vehicle, the cops uncovered sacks with the words “Bag Full of Drugs” printed on them. The sacks allegedly contained 75 grams of meth, 1.36 kilograms of the “date rape” drug GHB, 3.6 grams of fentanyl, 15 MDMA tablets, a gram of cocaine, and other drug-related contraband.

“Santa Rosa K-9 Deputies recently assisted FHP on a traffic stop on I-10 where a large amount of narcotics were discovered,” Santa Rosa County Sheriff’s Office posted on Facebook. “Note to self — do not traffic your illegal narcotics in bags labeled ‘Bag Full Of Drugs.’ Our K-9’s can read.”

Both men caught charges for “trafficking in methamphetamine and GHB, three counts of possession of a controlled substance, and possession of drug paraphernalia,” NY Daily News reported. As of Tuesday, both men are being held in jail.