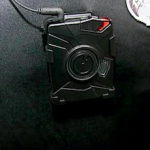 Security InfoWatch reports…….Should all marijuana delivery trucks be required to have a video system in the driver and storage areas? Should drivers be required to wear body cameras to record deliveries? Should delivery be limited only to cities and towns that allow marijuana businesses?

These are some of the tricky questions the Cannabis Control Commission is grappling with as it formulates new state marijuana regulations.

And there are other issues, too. For example: How do state regulators define who has “ownership and control” of a company, given complex management agreements? Should regulators have authority to ban an entire category of products from store shelves?

The commission plans to vote Thursday on draft regulations that would update the state’s existing medical and recreational marijuana rules. The regulations would also create entirely new segments of the industry — namely, home delivery and social consumption facilities, like marijuana cafes. There will be public hearings next month before the final regulations are approved.

Want to hold a concert and sell legal marijuana in Massachusetts? Don’t start planning yet

The Cannabis Control Commission voted Tuesday to delay consideration of event licenses for another few months.

On Tuesday, commissioners met to iron out some final policy details — and gave a glimpse of some of the points that could prove controversial when the public is invited to testify.

Commissioner Shaleen Title questioned whether regulators should require medical marijuana delivery trucks to install video cameras and use body cameras, which are not currently required. “To the extent that home delivery to patients has been ongoing, there may already be security in place that goes above and beyond our regulations, and to my knowledge there haven’t been incidents,” Title said. “That seems to be an argument that you should not be putting in additional burdens and regulations.”

But other commissioners said the delivery industry is tiny now, but will grow when it starts serving the adult use market. Video could be a deterrent to theft, and a public safety tool. “I’m willing to err on the side of caution,” said Commissioner Jennifer Flanagan.