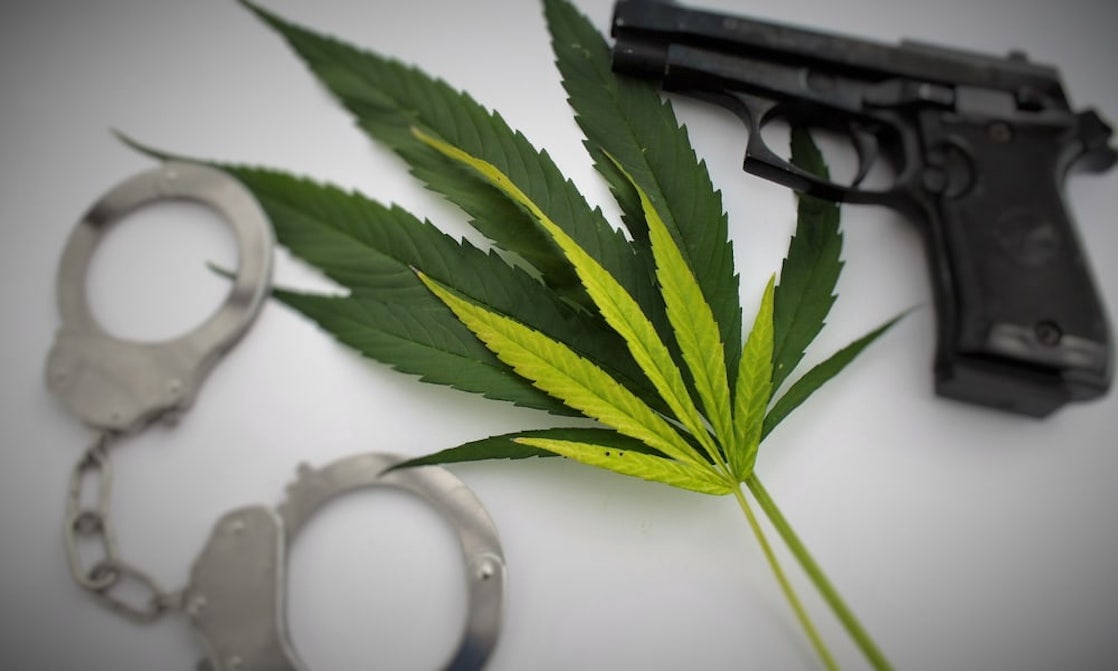 A new bill recently introduced to the US House would exempt medical marijuana patients from a federal firearms ban on “unlawful” drug users.

The Second Amendment Protection Act, sponsored by Rep. Alex Mooney (R-MD), would only allow firearm ownership for medical marijuana patients who follow state laws. Even if President Trump signs the bill into law, medical patients in the 17 remaining prohibition states won’t be legally permitted to possess or operate firearms. Three of those states — Montana, Wyoming, and Idaho — also have some of the highest gun ownership rates in the country.

“No patient should have to choose between their Second Amendment rights and following doctor’s orders,” said Don Murphy, the Marijuana Policy Project’s federal policies director, to Marijuana Moment.

According to the US Constitution, Americans have a “right to bear arms” that “shall not be infringed” by the US Congress. However, federal regulations bar citizens from owning guns if they’re drug abusers. Because weed remains federally outlawed, any use, according to the feds, is considered substance abuse.

When customers purchase a firearm, they’re required to fill out an ATF form for conducting background checks. On the form, they’re asked:

Are you an unlawful user of, or addicted to, marijuana or any depressant, stimulant, narcotic drug, or any other controlled substance? Warning: the use or possession of marijuana remains unlawful under Federal law regardless of whether it has been legalized or decriminalized for medical or recreational purposes in the state where you reside.

Customers have the option of checking “Yes” or “No.” Checking “Yes” results in an automatic disqualification, even for state-compliant medical marijuana patients.

Patients have come under fire in the past for trying to pack heat. In 2016, the 9th Circuit Court of Appeals ruled against S. Rowan Wilson, a card-carrying medical marijuana patient based in Nevada. In 2011, Wilson attempted to purchase a gun, but the store refused to sell it to her after discovering she was a card-carrying medical marijuana patient.

Wilson sued, claiming she never actually purchased or used medical cannabis, but a 3-0 court decision assumed anyone on a state medical weed registry was probably toking.

“It’s a violation of my Second Amendment rights,” Phil Gruver, another medical weed patient in Nevada, told the Las Vegas Sun in 2018. “I don’t know of any time anyone’s been using marijuana and going out and committing acts of violence with a gun. Most of the time they just sit on their couch and eat pizza.”

While Democrats and Republicans in DC fight over weed and gun rights, three states are taking matters into their own hands, according to Marijuana Moment. Colorado, Oklahoma, and Maryland — Rep. Mooney’s home state — are considering legal reforms to protect weed patients who want to protect themselves.

For now, patients everywhere in the US must make a choice: ganja or gats.