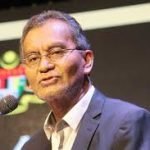 The New Starits Times reports The Pakatan Harapan (PH) government aims to decriminalise drug possession for personal use before the end of its first term.

Health Minister Datuk Seri Dr Dzulkefly indicated this as the “timeline” when asked about the plans that it had announced last year.

“We have put (in) the timeline and policy appropriately and whatever we need to embark on will be based on proper scientific evidence based on discussions with the group.

“It’s going to be a journey and we are going to take baby steps but we are committed,” he told reporters on the sidelines of a conference on Malaysia’s drug policy at Universiti Malaya today.

In June last year, Dr Dzulkefly made the announcement that the government was set to introduce a “significant game-changer policy” of decriminalising drugs, as reported by AFP.

The proposal included removing criminal penalties for possession and usage of drugs in small amounts.

On the backlash he would face as a minister of health and a member of an Islamist political party, the Parti Amanah Negara (Amanah) strategy director today said he was taking up the matter in the interest of the nation and Malaysians.

“This is nothing against religion. It is something which is important and not the legalisation of something that is made illegal by religion.”

He stressed that the policy was not looking to legalise personal drug use, but a decriminalisation for those who need help and were hooked on drugs for various reasons.

He said that stigmatising addicts and incarcerations would not solve the problem and there was a heavy economic price that followed.

In his keynote address at the conference, Dr Dzulkefly also drew on this hefty price, stating that in 2017, 56 per cent or 36,960 inmates served sentences for non-violent, minor drug related offences.

“As such the government spent around RM40 daily on each prisoner which translate to RM1.47 million per day and RM44 million a month, RM539 million a year,” he said.

He also said that there was no decrease in the number of drug users despite the death penalty.

“Statistics from the National Anti-Drugs Agency show steady increase in the number of people who use drugs (161,945 as at June 2019) even when we have the death penalty,” he remarked.