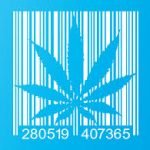 Maine is withdrawing a contract it signed in February to track the growth and distribution of medical marijuana in the state.

The three-year deal with Franwell Inc. would have allowed the state to employ software that uses radio-frequency identification tags to track marijuana. State officials had planned to amend that agreement to include the state’s yet-to-be-implemented adult-use recreational marijuana program.

Maine Department of Administrative and Financial Services spokesman David Heidrich says, because Maine’s adult-use marijuana industry is anticipated to be much larger than the current medical marijuana program, the Maine attorney general’s office encouraged the state Office of Marijuana Policy to put the contract for tracking services out to bid.

“The concern was that providers of this service may take exception to the fact that we would be essentially expanding the value of an existing contract so significantly without competitively bidding it,” he says.

The state feared this could result in time-consuming and costly litigation. OPM is seeking a new system to track both Maine’s recreational and medical marijuana programs.

Listen to the report at https://www.mainepublic.org/post/maine-seeking-new-bids-marijuana-tracking-system