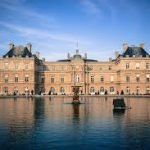 Luxembourg’s federal government is reported to be weighing plans to legalize recreational cannabis through a tightly controlled market that would offer entrepreneurs a limited number of production and retail licenses.

Luxembourg’s Radio 100.7 had access to a “first concept” of what would serve as the basis for the upcoming recreational cannabis framework in the small European country.

The federal government has yet to approve the Ministry of Health’s legalization blueprint.