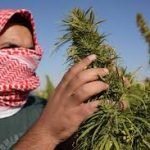 Leaving the Beqaa valley undisturbed for the ultrawealthy and political players to keep their returns from the black market free from pesky regulation. It has always been thus in the Lebanon and as stock markets crash around the world and the Lebanese economy goes into further freefall all existing private export dollars must be protected at any cost.

A draft legalization law has been sent to members of Lebanon’s Parliament — the proposal, however, would only legalize cannabis products containing no more than 1 percent THC.

Lebanon’s draft cannabis legalization law has been sent to its Parliament, but the measure would only legalize products that contain less than 1 percent THC, Al Jazeera reports. The measure also calls for enhanced penalties for breaking cannabis-related laws and prohibits anyone with a criminal record from getting a cannabis license or working in the industry.

Karim Nammour, a lawyer with Legal Agenda who specializes in drug policy, told Al Jazeera that the bill was “an opportunity missed” and that lawmakers “failed to take a holistic approach” to the reforms.