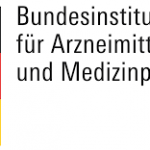 White smoke emanating from Germany’s medical agency signals the wait is over to find out which firms have been awarded medicinal cannabis tenders for Europe’s top market.

Two Canadian firms, Aphria and Aurora Cannabis and Germany’s Demecan have won out, it has emerged.

The three companies will split a four-year tender to grow 10,400kg between them. Aphria won five of the 13 lots, with Aurora Cannabis and Demecan handed five and three lots respectively.

The tendering process has been dogged with delays and several court cases as frustrated German firms sued the Federal Institute for Drugs and Medical Devices (BfArM), the regulatory authority responsible for oversight, over its handling of the licencing.

Germany’s 83m population and standing as the top European market makes it a key jurisdiction for firms looking to become the number one global cannabis company.

BfArM has not yet made an announcement, which some industry watchers claim is linked to the 10-day window for losing firms and other parties to legally contest the decision.

The three companies were selected from a field of 79 entrants, at the second attempt by the German government. They were graded on domestic cultivation, based on a points system focused on infrastructure, quality standard, security plans and price.

It is no surprise to see two Canadian firms selected, as the country’s experienced and wealthy marijuana growers has spent several years partnering with German firms or buying them outright in anticipation of the massive marker opening.

Demecan is a joint venture partner of Canadian firm Wayland Group. Trading of Wayland’s stock was halted on the Canadian Securities Exchange pending the news.

The result “is a very important footstep toward our twofold strategy of establishing a high-quality, in-country cultivation in Germany and importing additional flowers and oil from Canada and Denmark to provide the German market with complete cannabis medicine offering,” said Hendrik Knopp, managing director of Aphria Deutschland.

The three firms will split an annual grow of 2,400kg to meet the total over four years, which German experts say is nowhere near large enough to meet the demand from patients.

Germany legalised medical marijuana in 2017, but a reluctance from insurers to cover the cost of the drugs and an unenthusiastic government combined to temper demand.

A handful of Canadian and Netherlands companies ship product to pharmacies in Germany, which has relied on imports of the drug due to the lack of domestic growers.