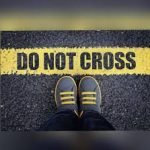 If you wish to re-publish this story please do so with following accreditation
AUTHOR:  “Jordan Zoot.  “aBIZinaBOX Inc., CPA’s”
PUBLISHER:  CANNABIS LAW REPORT

Lines We Don’t Cross – it is April 14 and we should have had a very smooth day with one day to go to the tax filing deadline. Unfortunately, we had an experience that was both disappointing and potentially harmful to everyone involved. Let’s begin by screaming at the top of our lungs

“JUST BECAUSE CANNABIS IS LEGAL IN CALIFORNIA UNDER CERTAIN CIRCUMSTANCES, IT DOESN’T GIVE ANYONE A GET OUT OF JAIL FREE CARD!!!”.

The simplest way to address this issue without turning it into a rant is for us to reiterate the rules proscribed by various agencies that regulate Circular 230 practitioners in California.

By doing so, no one that has seen this post, can ever say that they were not aware of the rules. We should be able to lay out sufficient bright lines with those rules such that we can avoid a discourse about the conduct of specific business owners or their advisors.

The reason we have chosen to frame the discussion by reference to the rules that govern Circular 230 Practitioners is that we seem to be getting a disproportionate number of questions about “is it ok to…” and finish the sentence with myriad forms of conduct that could land a business owner in prison and be a death penalty for a professional license.

We have one very simple thought…we don’t have, have NEVER had, and NEVER will have a client that could offer us ANYTHING, let alone $$$ that would cause us to consider any form of conduct that might put reputation, let alone a professional license at risk…PERIOD.

The California Board of Accountancy [“CBA”]

AICPA and CalCPA have:

Acts Discreditable RULE 501. A member shall not commit an act discreditable to the profession.

The California Bar has the following rule for practicing attorneys admitted in California.

It is professional misconduct for a lawyer to:

(a) violate these rules or the State Bar Act, knowingly* assist, solicit, or induce another to do so, or do so through the acts of another;

(b) commit a criminal act that reflects adversely on the lawyer’s honesty, trustworthiness, or fitness as a lawyer in other respects;

(d) engage in conduct that is prejudicial to the administration of justice;

(e) state or imply an ability to influence improperly a government agency or official, or to achieve results by means that violate these rules, the State Bar Act, or other law; or

(1) Conviction of any criminal offense under the Federal tax laws.

(2) Conviction of any criminal offense involving dishonesty or breach of trust.

(3) Conviction of any felony under Federal or State law for which the conduct involved renders the practitioner unfit to practice before the Internal Revenue Service.

(5) Solicitation of employment as prohibited under §10.30, the use of false or misleading representations with intent to deceive a client or prospective client in order to procure employment, or intimating that the practitioner is able improperly to obtain special consideration or action from the Internal Revenue Service or any officer or employee thereof.

(8) Misappropriation of, or failure properly or promptly to remit, funds received from a client for the purpose of payment of taxes or other obligations due to the United States.

(9) Directly or indirectly attempting to influence, or offering or agreeing to attempt to influence, the official action of any officer or employee of the Internal Revenue Service by the use of threats, false accusations, duress or coercion, by the offer of any special inducement or promise of an advantage or by the bestowing of any gift, favor or thing of value.

(10) Disbarment or suspension from practice as an attorney, certified public accountant, public accountant, or actuary by any duly constituted authority of any State, territory, or possession of the United States, including a Commonwealth, or the District of Columbia, any Federal court of record or any Federal agency, body or board.

(11) Knowingly aiding and abetting another person to practice before the Internal Revenue Service during a period of suspension, disbarment or ineligibility of such other person.

(12) Contemptuous conduct in connection with practice before the Internal Revenue Service, including the use of abusive language, making false accusations or statements, knowing them to be false, or circulating or publishing malicious or libelous matter.

(13) Giving a false opinion, knowingly, recklessly, or through gross incompetence, including an opinion which is intentionally or recklessly misleading, or engaging in a pattern of providing incompetent opinions on questions arising under the Federal tax laws. False opinions described in this paragraph (a)(l3) include those which reflect or result from a knowing misstatement of fact or law, from an assertion of a position known to be unwarranted under existing law, from counseling or assisting in conduct known to be illegal or fraudulent, from concealing matters required by law to be revealed, or from consciously disregarding information indicating that material facts expressed in the opinion or offering material are false or misleading. For purposes of this paragraph (a)(13), reckless conduct is a highly unreasonable omission or misrepresentation involving an extreme departure from the standards of ordinary care that a practitioner should observe under the circumstances. A pattern of conduct is a factor that will be taken into account in determining whether a practitioner acted knowingly, recklessly, or through gross incompetence. Gross incompetence includes conduct that reflects gross indifference, preparation which is grossly inadequate under the circumstances, and a consistent failure to perform obligations to the client.

(14) Wilfully failing to sign a tax return prepared by the practitioner when the practitioner’s signature is required by Federal tax laws unless the failure is due to reasonable cause and not due to wilful neglect.

(16) Wilfully failing to file on magnetic or other electronic media a tax return prepared by the practitioner when the practitioner is required to do so by the Federal tax laws unless the failure is due to reasonable cause and not due to wilful neglect.

(17) Wilfully preparing all or substantially all of, or signing, a tax return or claim for refund when the practitioner does not possess a current or otherwise valid preparer tax identification number or other prescribed identifying number.

(18) Wilfully representing a taxpayer before an officer or employee of the Internal Revenue Service unless the practitioner is authorized to do so pursuant to this part.

(b) Effective/applicability date. This section is applicable beginning August 2, 2011.

If you happen to become aware of a licensed professional that has violated any of these rules, REPORT THEM TO THAT APPROPRIATE REGULATORY AGENCY IMMEDIATELY. if you aren’t sure, REPORT THEM ANYWAY AND LET THE REGULATORS DECIDE.

The question of whether the legal cannabis industry in California succeeds or fails is going to be determined by compliance with tax and regulatory provisions going forward.

Let’s not shoot ourselves in the head.