Image via Library of Congress

Sometimes, it can feel like cannabis is all but legalized across the entire United States. With the legalization of medical and/or recreational cannabis in more than half of the 50 states, and decriminalization laws on the books in many big cities without statewide legalization, it is easier to find good (and legal) weed than ever before. But as racist cannabis policing continues into the era of legalization, it is important to recognize the prejudices that spurred prohibition in the first place, and also remember that cannabis reform primarily benefits white Americans while other demographic groups continue to be persecuted for the plant.

First reported by Marijuana Moment, a newly-published digital archive from the Library of Congress (LOC) compiles a slew of vintage newspaper articles from across the US that highlight racist propaganda through the lens of cannabis criminalization.

“From the late 19th to early 20th century, newspapers reported the early rise of marihuana (known today as marijuana),” the Library of Congress states. “Alarming reports of the menace of marihuana reach the United States press. Tales of alleged atrocities fueled by the drug are often tied to anti-Mexican propaganda.”

Tracking media from 1897 to 1915, the LOC historic reference features articles from every corner of the US, almost all of them containing racist slurs describing cannabis as a “dangerous Mexican weed” that had “loco’ed” the entire nation. In 1905, a New York newspaper published a report that cannabis had been made illegal in Mexico, once again harping on the plant’s supposed relation to violence and insanity.

“This deadly drug is sought by the soldiers in the army,” the New York Tribune article reads. “It is smoked like tobacco and the user of it soon goes wildly insane. It is stated that insanity in the army has greatly increased of late on account of the use of this plant. The effects of the first few smokes is so soothing and pleasant that the habit becomes firmly established, and the user of the poison will almost sacrifice his life to obtain a supply of the drug.” 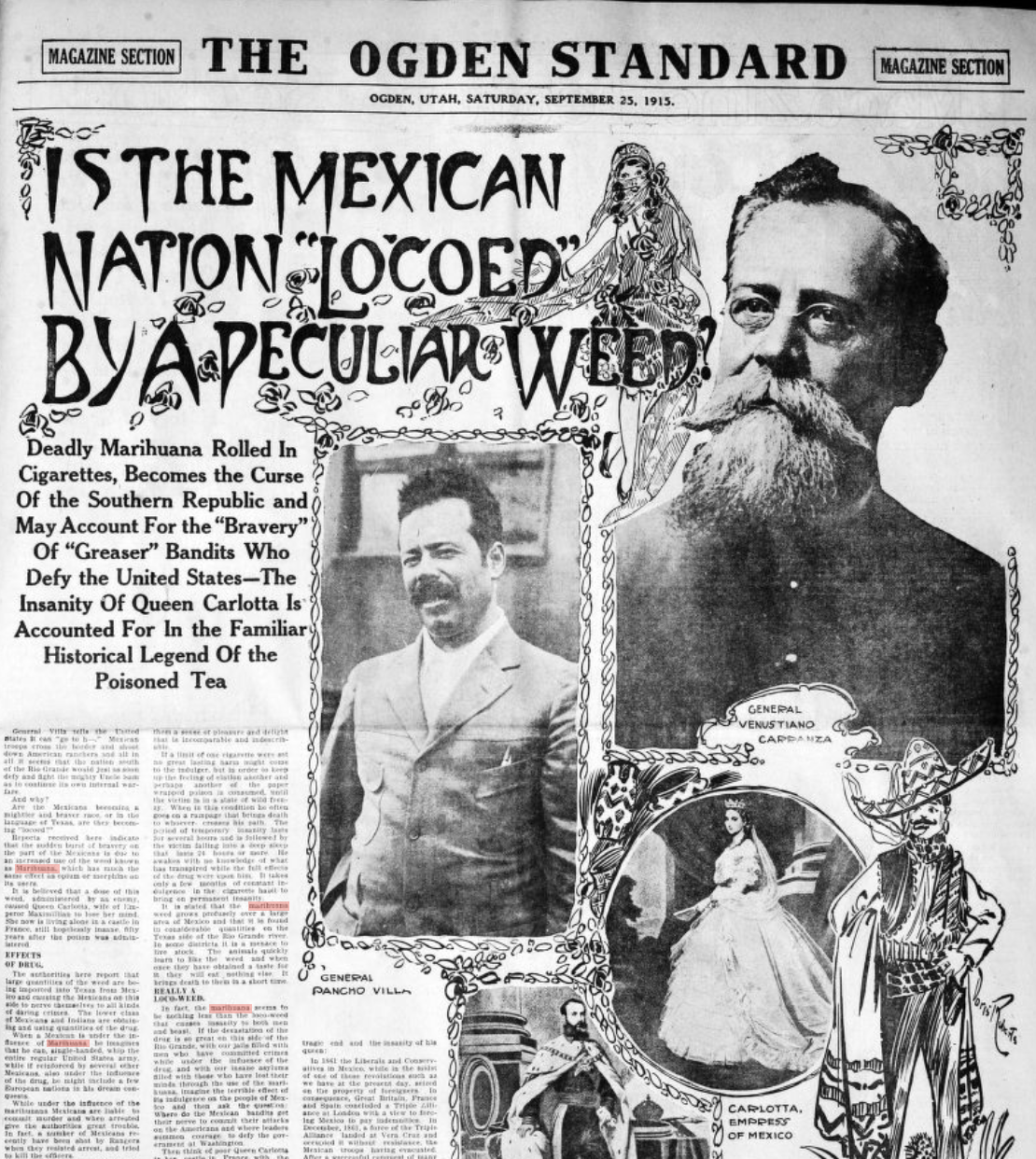 Image via Library of Congress

More than 100 years after that article was written, cannabis prohibition is falling out of favor in voting booths, state legislatures, and even some corners of Congress. But while new dispensaries open in states on the West and East Coasts, police departments from Colorado to New York continue to target black and brown people for cannabis policing. As we move deeper into the American green rush, it is important to remember that cannabis prohibition was based entirely on racism, and that legalization will not succeed without active anti-racism in every facet.

The Library of Congress is considered one of America’s most pristine historical archives, and it recently added Dr. Dre’s The Chronic to the National Recording Registry. The fact that the institution is putting a spotlight on the country’s long history of racially-motivated prohibition is a step in the right direction, but history will repeat itself unless more direct action is taken to change how cannabis laws are enforced in the present.