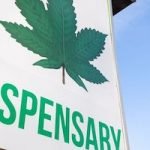 Los Angeles marijuana czar Cat Packer did an impromptu Oprah Winfrey impersonation during an appearance at a Mendocino County retreat earlier this month when asked what she’d do with an unlimited budget and staff.

But the reality is, this is anything but a laughing matter for Los Angeles cannabis businesses.

To the California Minority Alliance (CMA), for instance, it’s an issue that rises to legal action. The trade group announced plans to sue City Attorney Mike Feuer’s office, contending that South Central L.A. has been “ignored” when it comes to cracking down on unlicensed MJ shops.

“We’re declaring war,” Anderson said, adding that the CMA has the support of both Gov. Gavin Newsom and L.A. Police Chief Michael Moore.

Soon after the CMA telegraphed its legal plans, the Southern California Coalition (SCC) sent a separate, more conciliatory letter to Feuer’s office, suggesting a number of different enforcement tactics it hopes will be more successful in closing rogue marijuana shops that have been undercutting legal retailers.

“We feel like it’s the only avenue left,” SCC Executive Director Adam Spiker said with a tone of resignation.

Feuer’s office declined to comment on its “proprietorial decision making,” a spokesman wrote in an email to MJBizDaily and then referred to an April news release outlining Feuer’s efforts against the illicit MJ market. Anderson and Spiker said they’ve received no response from Feuer’s office to their letters.

The CMA and SCC’s actions represent an industry at the end of its rope, having been frustrated since the 2017 passage of Proposition M, a local ballot measure that was supposed to set the stage for a new regulatory structure and usher in a new era for L.A. marijuana businesses.

Instead, insiders such as Anderson spent tens of thousands of dollars trying to get into the legal market while watching helplessly as unlicensed shops continued to lure away customers with lower prices. The rogue shops don’t pay taxes or compliance costs.

It’s a story that’s been ongoing since California’s legal market launched in January 2018.

Some L.A. industry insiders said they don’t expect the two letters — or even CMA’s expected lawsuit — to have any effect on the illicit market. One called the California Minority Alliance lawsuit an “empty threat” and said it’s the district attorney’s job, not the city attorney’s, to charge criminals with felonies, as the Southern California Coalition suggested.

“Everybody is at the same point … where we’re at a boiling point,” said Avis Bulbulyan, CEO of Siva Enterprises, a marijuana consultancy.

Increased enforcement on the horizon?

There may be reason to hope that matters will improve, said Jerred Kiloh, president of the United Cannabis Business Association and operator of The Higher Path, one of L.A.’s 182 licensed retailers.

That’s because Feuer’s office is, for the first time, pursuing a civil case against one of the more “egregious” rogue shops, Kush Club 20, which Feuer’s office targeted in a lawsuit filed in April. So far, that’s the only known case of the city attorney attempting to use a $20,000-a-day fine against an unlicensed MJ retailer.

But it may not be the last, Kiloh said, because the city has to see what kind of ruling it can get.

“So, they’re waiting to see the (return on investment),” Kiloh said. “We’re all waiting for that.”

Kiloh hopes authorities make an example of Kush Club 20, which could lead to more actions.

Bulbulyan, meanwhile, said he’s heard a big sweep of raids against illegal operators is in the works, with federal, state and local law enforcement agencies combining their efforts for a major crackdown on the illicit market.

“With all the frustration that’s been building up, all the ‘Whac-a-Mole’ enforcement, I think it’s gotten to a point not too different from what we saw in Anza (Valley),” Bulbulyan said, referring to a multiagency raid earlier this month on unlicensed MJ farms in that Southern California region.

Though Anderson, Kiloh and others agree there has been progress in L.A., stakeholders would prefer more. Packer’s DCR has issued 111 temporary approvals for Phase 2 non retail business license applicants, as well as 186 retailers that received permits under Phase 1.

But Phase 3, when more social equity permits will be granted and licensing will also open for the general public, won’t begin until at least September, a DCR spokeswoman wrote in an email to MJBizDaily. And there’s talk the timeline could be pushed further.

Once Phase 3 launches, Packer expects to hit an “undue concentration” limit for licenses that will automatically put a cap on permits. Packer believes that will happen in the coming fiscal year, which means there likely won’t be room in L.A. for everyone who wants a marijuana business license.