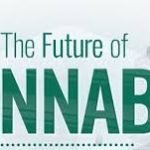 When it comes to predicting the future of cannabis, perhaps it would be best summarized by saying that it’s not going to be as wonderful as the majority of its users would like it to be.

Despite the fact that it has been expected to become fully legalized in the USA, and that Germany should follow suit on the Old Continent, this still hasn’t happened.

However, the latest hemp farm bill is a giant step in this battle since it means that, in a way, every part of cannabis has become legal except for the THC. In short, the future of legal weed seems a bit confusing, but we’ll try to deduce a realistic forecast.

As it is the case with any product, we can always foretell its chances of success by monitoring the stocks and shares on the market. With that in mind, saying that cannabis has a strong position in the market would be an understatement. Basically, the figures speak for themselves.

The global legal marijuana market should be worth almost $150 billion by 2025.  It is hard to state which other agricultural product could come near that figure. The forecast is very optimistic, predicting a continuous growth, and market analysts do not seem to worry about the market eventually becoming saturated, which is quite unusual.

Therefore, if you’re thinking about investing in legal marijuana stocks, now would be the time to purchase some since the prices are only going to increase.

When discussing money matters, we can’t help but mention the challenges cannabis consumers and entrepreneurs are dealing with at the moment. Namely, due to the fact that cannabis is still an illegal substance on the federal level, banks are not allowed to give any loans to cannabis start-ups. As well as that, customers are inclined to use cash when buying marijuana products because they are worried any official credit card transaction may be interpreted as illegal if the state they live in has not legalized marijuana. For this reason, alternative payment methods have been welcomed. One of them is cryptocurrencies. When it comes to buying marijuana, cryptocurrencies have a lot of advantages over cash, so it’s quite possible they will be even more used in the future.

Legalization of marijuana will probably trigger an expansion of cannabis related jobs and businesses. Banks will finally be able to finance the (obviously) lucrative ventures and people will have no qualms about credit card purchases. Once again, cryptocurrencies will remain heavily in use, especially since they guarantee absolute private transactions as opposed to shopping with credit cards.

At the moment, the biggest concern of all legal manufacturers and dispensaries are pot taxes. Unfortunately, there seem to be a lot of illegal marijuana dispensaries due to current high taxes. On the other hand, taxes are one of the main reasons why cannabis is on a good road to becoming legal on the federal level. We have already mentioned the market’s worth, so the government would be more than happy to have its piece of that cake in the form of good old, inevitable taxes. No matter how terrible they seem at the moment, taxes may prove beneficial to the cannabis industry and be more efficient in making it fully legal than any appeal.

Once marijuana is fully legal, police will be able to focus on some other, more challenging cases. At the moment, too much time and funds is spent on tracking individuals and frisking them for a joint or two. In the future, this will be a completely unnecessary action, eventually leading to solving greater criminal offences.

Another aspect which should be discussed concerns existing criminal records. What will happen with those people who had already been fined or prosecuted for marijuana possession or consumption? That is without a doubt causing them problems in job hunting at least, not to mention visa applications or dealing with any other legal requirements.

At the moment, Canada remains firm in their attitude not to give any pardons for cannabis possession which occurred before the legalization. Hopefully, this will not be the case with other countries, but it can’t be guaranteed.

To summarize, it could be said that the legal cannabis future looks pretty bright, but that doesn’t mean we’ll be blinded by its glow. Cannabis legalization should overall prove beneficial for the majority, but only if the legalization is meticulously planned and executed.