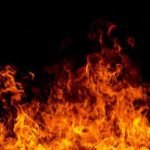 Thousands of pounds of hemp allegedly went up in smoke last year at an Illinois farm hired to dry the crop.Reports the Chicago Tribune.

Now, the Wisconsin hemp grower wants to be recouped for what it claims was almost $1.4 million worth of destroyed product, which was destined for use in CBD products.

The fire started on Thanksgiving morning, according to a lawsuit filed by the grower, Oconomowoc-based Lake County Growers, this week in Chicago federal court. The suit alleges an ember from an industrial dryer caused the hemp to catch fire, and ultimately destroyed about 65,000 wet pounds of hemp.

Lake Country Growers delivered about 84,000 wet pounds of hemp to Winslow, Illinois-based Moest Holdings in October, according to the complaint. Moest, which operates as High Plains Grains, was contracted to dry the hemp using an industrial dryer.

Read the full report at