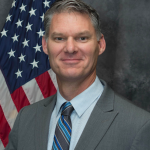 Remember the story of the grow houses in Sacramento to the rural Gold Country in the latter part of last year. Sacramento New & Review have detailed the DEA, FBI and IRS investigations and written a piece well worth reading if you want to understand how difficult it is going to be to dig out the entrenched black sector of cannabis in California

Here’s the introduction…..When federal agents finally looked inside the Cadillac, they saw multiple house keys, four garage door openers and $10,000 in cash sitting in the center console. At a glance, it might look like a typical drug dealer’s ride. But there was nothing typical about the car’s story.

It was parked in front of a driveway on Itasca Avenue, an upscale section of the Natomas neighborhood lined with Tuscan-style track homes. Inside the residence, agents found more than marijuana plants: pay ledgers, receipts and watering schedules written in Chinese, plus a number of suspicious bank statements and another $10,000 in cash, some of it hidden under a mattress. That day, federal agents also raided a secluded farm house the Cadillac had been spotted at, one half-hidden in the open fields outside Wilton. During the search, they found two men—Chengchun Xie and Zohngzhang Yang—hiding in a closet and the attic.

It was September 14, 2016. According to affidavits from the Drug Enforcement Administration, the discovery was part of the early stages of a three-year investigation into more than nearly 100 black market grow houses from Sacramento to the rural Gold Country, some of which were financed by laundered money from China. As the probe deepened, the agents allegedly uncovered straw buyers spread across the country, evidence of labor trafficking and a licensed real estate agent in Elk Grove allegedly arranging fraudulent home sales.

The operation soon involved the DEA, FBI and IRS tracing money that flowed into Sacramento’s illegal grow houses from banks as far away as Beijing and Shanghai.

At least three foreign-influenced “cells” were broken up, the latest arrests coming in December.

As tax revenues from legal, regulated marijuana in California continue to fall far short of expectations, regulators across the state are worried that the prevalence of illicit markets are crushing opportunities for legal growers trying to do legitimate business. The DEA’s sophisticated take-down of the China-connected cells is now shedding light on just how dark those black markets can be.

“It’s incredibly unique,” DEA Special Agent in Charge Chris Nielson said of Chinese cash flows. “We just hadn’t had a lot of experiences in Northern California like that. This idea of foreign money in grow houses isn’t new, but we had not seen it in our area from China.”

The September 2016 raids also hit five houses in South Sacramento. All were allegedly under the control of 39-year-old Leonard Yang, who emigrated to the United States from China in 1993, according to a federal search warrant affidavit and asset forfeiture filings reviewed by SN&R. Charging documents claim Yang had been running a Hong Kong-style restaurant in Columbus, Ohio until 2012, when he moved to Sacramento and started buying up properties.