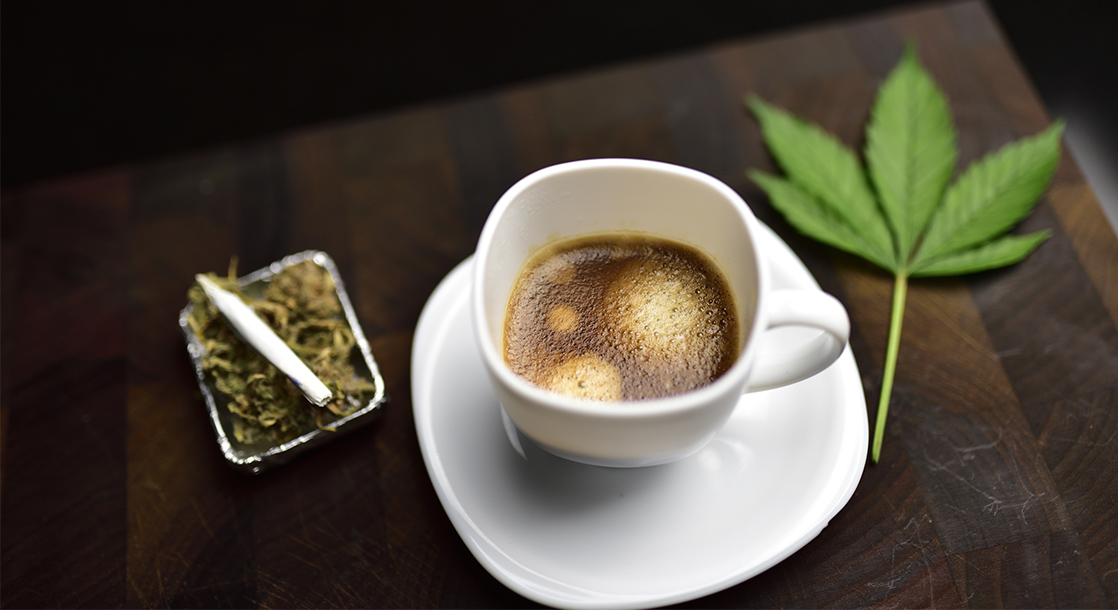 On Wednesday, the Las Vegas city council approved a new bill to permit on-site consumption of marijuana products. The new law only applies to Las Vegas proper — so the world-famous Strip (which belongs to the Clark County Commissioners, not the city of Las Vegas) won’t see pot bars any time soon. Plus, only current dispensary owners qualify for the social consumption licenses. Nuances aside, weed-friendly venues will be open to all adults 21 and over, and proponents couldn’t be happier.

“The consumer is ultimately who wins,” industry insider Emmett Reistroffer told MERRY JANE over the phone. Nevada sees an estimated 42 million tourists a year, and until now, they had no place to legally consume cannabis, even though recreational sales have been in effect since 2017.

Reistroffer, who works as a manager for Nevada’s THC-infused beer company Two Roots, is also a co-owner of Denver’s Honey Pot lounge, a weed-friendly concert venue which opened last month. (Dean Ween of the band Ween is also a co-owner.) A little over a year ago, Reistroffer moved to Las Vegas from Colorado after the city of Denver gutted his social consumption bill, I-300, which Mile-High-City voters approved in 2016.

“I like 99 percent of the bill,” Reistroffer said of Las Vegas’s pot-bar ordinance. “The part I wish would’ve worked out differently are the limitations for licenses to only go to dispensary owners.”

According to Reistroffer, by limiting licenses entirely to dispensary owners, aspiring cannabis entrepreneurs are effectively shut-out of the new social consumption program.

“I am disappointed that the licenses were handed to dispensary operators only,” Mieure told MERRY JANE. “This ordinance, like many others, has once again left out small-business owners and minorities within the industry. But I am happy to see some movement on the social consumption front.”

Like Reistroffer, Mieure also moved to Las Vegas from Colorado about a year ago, partially out of frustration that Denver’s regulatory board created too many ridiculous regulations around I-300. Since moving to Nevada, the two have quietly worked behind the scenes to see social consumption roll out in the Battle-Born State, and the latest move in Las Vegas has signaled their efforts, along with other supporters’, is working.

Reistroffer added that the dispensary-exclusive rule isn’t necessarily a bad thing. “They’ve already been vetted. They’ve already proven they can follow the rules. And they’ve all done a good job.”

He continued. “This is about an experience, so lounges need to have entertainment.” Reistroffer also noted that dispensary owners will need to play “catch-up” when it comes to matching a weed lounge to the Las Vegas lifestyle. “They need some other component than just consumption.” One of those components includes consumer safety, so no one ruins their night by getting too faded on legal weed.

And that’s where Mieure comes in.

Mieure’s company doesn’t just throw wild weed parties, it trains budtenders on safety and tolerance protocols, too. “We have a few really cool things in the works within the Vegas market,” he said. “Over-the-top social-use venue models are a perfect fit for how Vegas’ culture is changing. Pool parties with weed, anyone?”

Before booking a weekend trip to Vegas, just know it’ll take some time before the cannabis lounges actually open their doors. Reistroffer anticipates it will be another six months or longer before Vegas sees its first consumption lounge. We will continue covering this topic as more updates emerge.