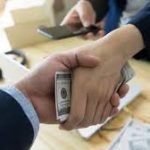 Last year, Jermaine Wright, then the mayor pro tem of Adelanto, was charged with agreeing to accept a bribe to fast-track a marijuana business. Wright’s trial is scheduled for August. In May, FBI agents served search warrants at the home of Rich Kerr, who was mayor of Adelanto at the time, as well as at City Hall and a marijuana retailer.

Also in May, Humboldt County building inspector Patrick Mctigue was arrested and charged with accepting $100,000 in bribes from marijuana businesses seeking expedited help on county permits, according to the Humboldt County Sheriff’s Office.

Last March, a federal jury reached guilty verdicts to bribery and extortion charges against Michael Kimbrew, who was a field representative to then-Rep. Janice Hahn when he accepted cash from an undercover FBI agent while pledging his “undying support” to protect a marijuana dispensary that the city of Compton was trying to close.

On Tuesday, developer Dorian Gray was held to answer by a judge in a preliminary hearing on charges of offering bribes to then-Oakland City Council President Larry Reid and Assistant City Administrator Greg Minor, according to court records. Gray allegedly offered the councilman cash to help obtain a cannabis dispensary permit, and Reid reported the offer to authorities. Gray is charged with offering Minor, who oversees marijuana permitting for Oakland, a free trip to Spain.

Reid said he was offended by the offer made by Gray in his City Hall office, and reported it to the city administrator’s office.

“He (Gray) said he had an envelope with $10,000 and my name on it in his pocket, and I told him I don’t work that way,” Reid said. “Everybody thinks they can become an instant millionaire by getting a dispensary permit.”

As for the allegation of bribery against Gray, “He absolutely denies that,” she said.

An attorney for Laitinen declined comment beyond noting that she pleaded “not guilty.” Yang has also denied the charge in court, but his attorney did not return calls for comment.

Not all of the recent cases involve elected officials. Los Angeles CountySheriff’s Deputy Marc Antrim pleaded guilty two weeks ago to federal charges stemming from his arrest for robbing a warehouse of a half-ton of marijuana in October.

Here’s a little information on the Adelento Case

Adelanto councilman accused of taking $10,000 bribe, hiring man to burn down his restaurant

Adelanto Councilman Jermaine Wright was arrested Tuesday, Nov. 7, and appeared in Riverside federal court Wednesday, Nov. 8, to answer to federal charges that he took a $10,000 cash bribe and that he hired a man to burn down his restaurant to collect insurance money, according to the U.S. Attorney’s office.

Wright is accused of asking for and accepting a $10,000 bribe from an undercover FBI agent, who told Wright he wanted his help “navigating city rezoning and code enforcement issues related to a supposed marijuana transportation business,” the criminal complaint read.

“I’m very disappointed. I didn’t know he was conniving and doing things behind the scenes like that,” Adelanto Councilman Charley Glasper said in a telephone interview Wednesday. “What he did was totally uncalled for if it is true. I wouldn’t expect someone of his caliber to be participating in something like that.”

Mayor Rich Kerr could not immediately be reached for comment, but a statement from an Adelanto spokesman on behalf of city officials read, “We’re sad to learn about the circumstances involving Mayor Pro Tem Jermaine Wright, but we want our residents and businesses to know that nothing changes in the city. We will continue to deliver the best possible services our constituents deserve, and we will cooperate to the fullest extent with the authorities in their investigation into the matter involving Mr. Wright, and hope for a speedy resolution.”

Reached by telephone Wednesday, Councilman John “Bug” Woodard hung up when he was told the call was about Wright and if he wished to comment.

Wearing a black T-shirt with an American flag emblazoned on the front, Wright appeared in U.S. District Court in Riverside Wednesday for a detention hearing. His appointed counsel, Federal Deputy Public Defender Angela Viramontes, requested the detention hearing be postponed until Monday, Nov. 13. Magistrate Judge Kenly Kiya Kato granted the request, ordering Wright to remain in custody and return to court at 1 p.m. Monday, when she said she will decide whether or not Wright will be released on bond. 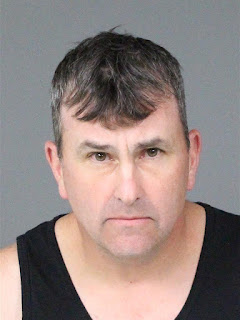 Patrick William McTigue was arrested by HCSO yesterday afternoon on a Ramey warrant,booked at 2:15 p.m. and released on bail bond at 6:46 p.m. He is charged with a violation of PC641.3 (a), commercial bribery.

I have written various posts on a Patrick McTigue, who used to work at the Building and Planning Department for the County of Humboldt. His middle initial is William. He was on a leave of abscence. My initial post was about alleged kickbacks from growers trying to go through the permit process.

I have contacted HCSO for a booking photo. HCSO PIO Samantha Karges is going to release information later this morning.

I have also contacted various people at the County for comment, including John Ford.

First District Supervisor Rex Bohn is the first to respond from the County. He confirmed what I had heard, McTigue is out on medical  leave. “Been a long investigation. Shaking down cannabis permit applicants for quicker permitting.”