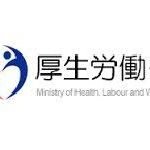 The trials, to be tightly controlled in a hospital environment, are exempted from Japan’s Cannabis Control Act, which bans cannabis compounds generally.

Ministry of Health, Labor and Welfare officials recently announced the trials during a meeting of the Okinawa-Northern Task Force, a research and development agency.

Epidiolex was crafted as a treatment for two forms of childhood epilepsy. It is the first cannabis-derived prescription drug to gain federal approval in the United States.