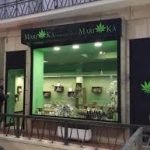 Italy’s top court has banned the sale of cannabis products, on the heels of threats by the country’s deputy prime minister to close shops who sell legal derivatives of the plant.

The Court of Cassazione (Cassation), while not agreeing officially with Salvini, took his side stating the sale of cannabis derivatives such as “oil, leaves, inflorescences and resin” is outside the existing law.

Under 2016 legislation, weed with a psychotropic active ingredient (THC) level below 0.6 percent can be freely cultivated and sold in Italy, resulting in a booming CBD market and a product known as “cannabis light” which has become extremely popular in the county.

The populist Salvini, who at one time in his political history was pro-cannabis, welcomed the verdict.

“We are against any drug, with no ifs or buts, and in favor of healthy fun,” the interior minister said in a statement.

Salvini’s League party romped to victory in May 26 European parliamentary elections after campaigning hard on law-and-order, and a hard-line fight against drugs as well as immigration.

The ruling is a serious blow to the CBD sector that has thrived in Italy, however retailers have stated their intention to stay open.

According to a study published by the University of York, the entry of legal retailers in the cannabis market in Italy has significantly reduced criminal drug trading.

Drug traffickers are losing around $223 million a year, in a market estimated to be worth some €3.5bn in Italy, the study said.

The interior ministry issued a directive in May to strengthen controls on legal cannabis shops, after Salvini said he would close them “one by one”.