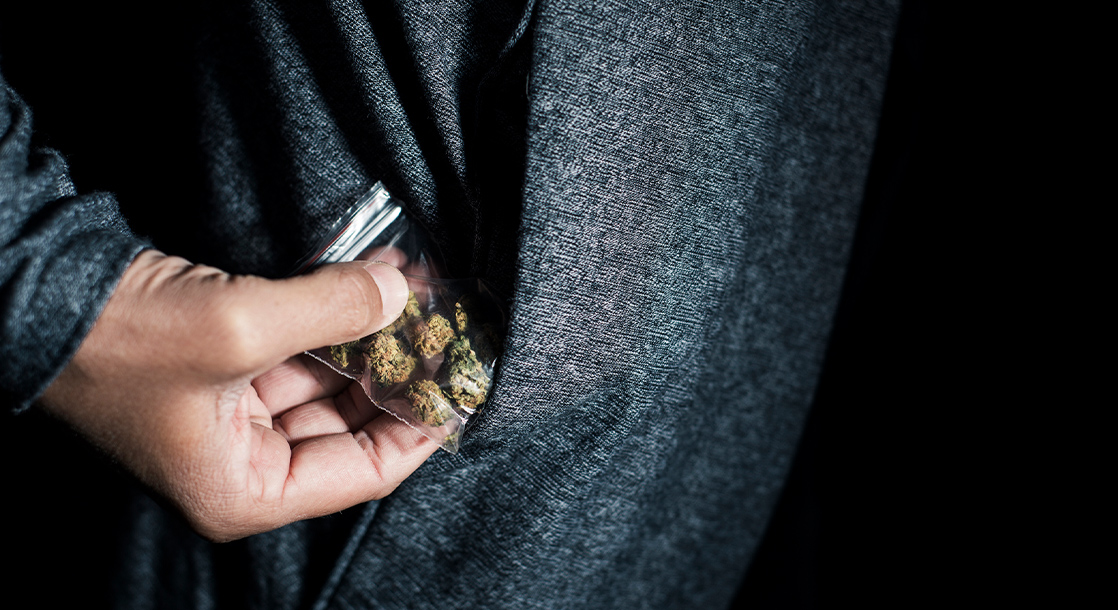 Just over a year after legalizing adult-use sales, Massachusetts’ legal pot industry has made over $500 million in sales, $100 million of which has gone straight to the state in the form of tax revenue. Yet despite the massive success of the legal market, the Bay State’s illegal market continues to flourish.

Last week, US Attorney Andrew Lelling announced that he would be working with the federal Drug Enforcement Administration (DEA) to crack down on the state’s underground weed industry. The feds are not planning on interfering with legitimate cannabis businesses, but will be watching out for illegal shipments of weed and cash being moved in or out of the state.

That same week, the state Cannabis Control Commission (CCC) announced that it would be working with state Attorney General Maura Healey to create a new task force to prevent legal weed from being diverted to the illicit market. The CCC “is aware of the practice of so-called ‘smurfing’ and has taken steps to protect the legal market and monitor suspicious activity,” commission spokesperson Maryalice Curley told the Boston Herald.

State law restricts any legal weed retailer from knowingly selling more than one ounce of weed to a customer on any given day. The CCC has warned retailers to look out for “smurfs” — people who visit multiple pot shops to stock up on more than one ounce per day — as well as “loopers” — people who return to the same pot shop multiple times a day. The state keeps track of all pot inventories via its seed-to-sale system, which can help identify where smurfing and looping occurs, but it is ultimately up to state and federal law enforcement to track these criminals down.

But even though state and federal authorities are now coordinating efforts to crack down on illegal weed diversion, experts believe that the black market will continue to thrive for the foreseeable future.

“You’re not going to eliminate the illicit market overnight,” said Beau Kilmer, director of the RAND Drug Policy Research Center, to the Herald. “It’s going to take years.” As an example, Kilmer explained that three years after Washington State legalized adult-use cannabis, about half of all weed consumed in the state was still coming from the black market.

In the early days of legalization, cannabis activists believed that consumers would happily abandon the black market in favor of legal, regulated products. This assumption turned out to be inaccurate, however, as the morass of adult-use laws and regulations ended up giving weed buyers plenty of reasons to return to the illicit or “traditional” market. Most adult-use states, including Massachusetts, have allowed individual towns and cities to “opt out” of legal weed sales, forcing many weed shoppers to choose between making a long trip to buy legal products or buying from a convenient, local illegal dealer.

Lower prices also help the black market compete with legal sellers. Illegal weed growers are able to avoid the licensing fees, taxes, and costs of compliance that legitimate businesses must pay, and are hence able to sell their wares for considerably cheaper. The situation is even worse in California, where labyrinthine regulations have driven legal weed prices even higher. The Golden State’s black market made nearly $9 billion last year, three times the amount that the legal market sold, despite concentrated efforts to destroy illegal grow-ops.

Still, as expensive as compliance can be, regulations can help ensure that legal weed products are tested for dangerous contaminants and additives. US health officials believe that the recent outbreak of vaping-related lung injuries is linked to contaminants commonly found in illegal weed vapes, but health officials linked six cases of this illness to regulated weed vapes legally sold in licensed Massachusetts’ pot stores. The state temporarily banned all legal vape sales, but these products are now back on the legal market after additional safety testing.