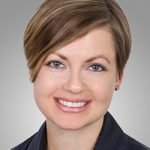 Irina Dashevsky is an Associate in Locke Lord’s Chicago office where she concentrates her practice on advising clients in the rapidly evolving cannabis industry. Irina is also a seasoned commercial litigator with extensive experience managing and resolving disputes for clients throughout all stages of litigation in federal and state court.

Irina previously served as the Deputy Finance Director for The Competence Group, a political consulting firm specializing in campaign finance strategy for elected officials and candidates at the local, state and federal level.

On June 20, 2019, the U.S. House of Representatives voted 267-165 in favor of an amendment that restricts the Department of Justice from interfering in jurisdictions where marijuana is legal. The amendment, which is imbedded in the omnibus appropriations bill for the 2020 fiscal year, prohibits the Department of Justice from spending money to prevent states and Washington D.C. from implementing their adult-use and medical marijuana programs. A similar amendment that protects tribal cannabis programs also passed. Interestingly, the measure that would protect Veterans Affairs doctors who recommend medical cannabis in states where it is legal was withdrawn from consideration. The inclusion of adult-use programs is a significant expansion of the existing policy, which has protected state-legal medical cannabis programs from federal intervention since 2014.  These amendments still require approval from the U.S. Senate, and even if passed, they will only be in effect for a year.

Nevertheless, such overwhelming approval from a chamber of Congress sends a positive signal that change may be forthcoming with respect to federal prohibition of marijuana (a Schedule I drug under the Controlled Substances Act). Despite federal prohibition, a majority states and the District of Columbia have legalized medical marijuana and 11 states and D.C. have legalized its recreational use. The tension between state and federal law continues to cause headaches for a number of major industries: insurers are grappling with how to navigate medical marijuana, financial institutions are torn in their efforts to provide services to state-legal marijuana businesses, and employers struggle to maintain workplace policies when employees with medical marijuana cards may be protected under disability statutes. As Rep. Earl Blumenauer (D. Or.) aptly remarked, “It’s past time we protect all cannabis programs….the federal government is out of touch and our cannabis laws are out of date.”

We will continue to monitor these developments.

Cannabis, Marijuana, CBD, and Hemp
Irina is a member of Locke Lord’s Cannabis Industry Group and regularly advises clients on legislative developments and legal issues associated with operating within the cannabis industry. Irina has advised clients on topics ranging from obtaining state-level licenses in multiple jurisdictions to appropriate internal policies and procedures. Irina also frequently writes on cannabis-industry topics, and is a co-editor of the Firm’s cannabis law blog.