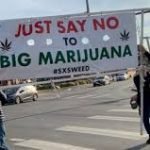 It’s not often the Independent produces journalism of its illustrious past, these days. But, this op-ed is a worthwhile read as a critique of the US model is sorely needed.

Author, Erica Lagalisse , a postdoctoral fellow at the International Inequalities Institute, London School of Economics and Political Science points out some glaring realities

It is no coincidence that traditional marijuana growers and crafters have not been given the right to sell their products legally – criminals are denied rights.

But the stark reality is that black-market marijuana work has been providing indispensable flexible employment that has allowed millions to make ends meet, whether we speak of the so-called “trimmigrants” that flock to California each year in search of marijuana harvest jobs; the “bicycle-delivery guys” that operate in urban centres; or, indeed, the vast number of Latin American citizens that have been coerced into the illicit agricultural sector by US-driven structural adjustment programmes.

Marijuana has long been a global commodity, yet many of the social relationships and services surrounding its use have not yet been organised along capitalist lines.

The black-market marijuana sector is one of the last remaining realms of commercial activity where people who come into contact with one another are not consigned to categories of mere “consumer” and “producer.”

From Canada to the “Emerald Triangle” in Northern California (the largest marijuana-producing region in the US) the reciprocity of the favours, tips, loyalties and bonds that operate among marijuana workers and smokers have been threatened by the advent of state and corporate monopolies.

In the media, replacing trust with regulation is celebrated, as is a projected reduction in “organised crime”.

This heavily-charged rhetoric is convenient to politicians and entrepreneurs who favour a state-organised corporate marijuana sector that favours highly capitalised interests, and who wish to distract us from the option of simple decriminalisation, which would also cause a general reduction in violence related to drug trafficking.

Historical precedent suggests that corporate control of marijuana – together and separately from its “medicalisation” – will not necessarily ensure its “safety”.

Modern medicine is a class-making device, wherein the use of increasingly strong-acting and synthesised intoxicants is made respectable for white middle-class consumers.

The re-categorisation of opium as “medicine” in the 19th century, for example, worked to vilify the racialised populations who had provided opium, while new categories of “expert” white professional suppliers developed heroin and, later, highly addictive opioids like Fentanyl.

Meanwhile, working-class users of opium were attacked morally and legally for their “luxurious” use of the substance, just as today’s pot smokers – some of whom cannot afford or gain access to therapists to legitimate their anxiety – are considered “recreational” users.

Then, as now, the middle-classes are granted empathy for their pain, for which opiates or cannabis may serve as “medicine”, whereas the working-class person, whose body is often engaged in pain-inducing physical labour for many hours each day, is understood to use “drugs”.

Those who rejoice about marijuana legalisation often point out that tax revenues from marijuana may be spent on schools, health-care or low-income housing, yet unfortunately there is no reason to presume that tax dollars or pounds will be spent in this way.

In the years since legalisation in the US, there are fewer black people entering prison for marijuana charges, yet black men and other people of colour remain disproportionately arrested for marijuana crimes, whether through felonies that remain on the books or new misdemeanours such as smoking legal marijuana in public.