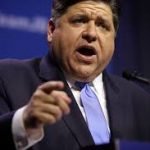 Sen. Mike Madigan is already threatening that it will “be difficult to get the votes”,  translated he wants more $$ for his slush funds.

It is reassuring to note that the Senate Bill is 532 pages long while the enabling legislation in California SB 94 was only around 220 pages.

The provisions of the bill are nothing to be overly pleased with:

Possession limits for residents of one ounce and half of that for non-residents.

The bill gives those applicants access to funding from a newly-created $20 million low-interest state loan program, according to Pritzker’s release, and allows for reduced licensing fees in certain circumstances.

“There are some very controversial aspects to the proposal. No. 1 would be the proposal for the expungement of criminal records,” Madigan said. “The key on that issue is how far do you go in terms of expungement? If we’re talking about some teenager who was doing drugs and found guilty of possession, that’s one thing. If you’re talking about people who were actually in the business, dealers, and you want to expunge those records, that’s a different case.”

Convictions for possessing, growing, manufacturing and delivering cannabis were all included as eligible for expungement in a document released by Pritzker’s office, which said the expungement provision would only apply to standalone offenses not accompanied with other convictions. Madigan said he wasn’t speaking to the bill’s specific expungement language, but to the idea in general. “I’m not sure how they treat that in the proposed language, but that will be very important in terms of finding 60 people in the House to vote for the bill,” he said.

The General Assembly has just 21 days of legislative debate on the calendar to pass the critical piece of Pritzker’s first-term agenda before legislators adjourn. The governor budgeted for $170 million in new revenues next fiscal year from licensing fees associated with legalization. The first of those fees would come from the state’s existing 17 cultivation and 55 dispensary facilities.

Currently-licensed cultivators would be eligible to purchase a recreational license for $100,000 and up to $500,000 paid to the Cannabis Business Development Fund, which would help fund the low-interest loans and other equity-promoting measures.

The bill’s sweeping criminal and social justice considerations include plans to use an automated system to expunge roughly 800,000 marijuana convictions and allow those with pot convictions to work in the legal cannabis industry. The measure would also create a designation for “social equity applicants” hoping to obtain licenses and provide minority-owned businesses support by offering technical assistance, access to capital and loans and relief from fees that have posed a barrier to entry for those looking to crack into the state’s pot industry — which is currently dominated by a handful of predominantly-white medical marijuana companies.

The measure is sponsored by state Rep. Kelly Cassidy and state Sen. Heather Steans, Chicago Democrats who previously introduced similar legislation in 2017 that failed to gain traction under former Gov. Bruce Rauner. During the news conference, Steans said she and her colleagues are also pushing for “revenue that, instead of going to the illicit market, comes and benefits the people in Illinois.”

Under the bill, 25% of that revenue would go to areas that have been disproportionately affected by the war on drugs and another 20% would fund programs focused on treating mental health and substance abuse issues. Pot products with less than 35% of THC – the chemical compound that gets users high – would be taxed at 10%, while products with more THC would be taxed at 25%. Cannabis-infused products would carry a 20% tax.

Despite polls showing support from a majority of Illinois voters, pro-legalization lawmakers are opposed by legislators and special interest groups who have highlighted the perceived dangers of a legal weed market. The current bill would allow Illinoisans to grow up to five plants in a secure place inside their homes, something that has faced stiff resistance from opponents who fear that pot could wind up on the black market.

To sum up, the Illinois approach to adult-use cannabis is all about TAX REVENUE and GRAFT.

If you really want to, you read the complete text of the bill here.