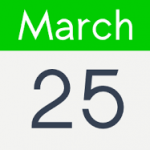 Here’s what is next with the landmark bill:

After successful, if controversial, votes by legislative committees earlier this week, the full Senate and Assembly are scheduled to vote on the legalization bill Monday.

The sweeping, 175-page bill would allow possession of small amounts of cannabis by adults over 21 and clear the records of those with marijuana-related convictions. It also would lay the framework for regulating and taxing a new billion-dollar industry.

But with Republicans largely unified against the measure and several rank-and-file Democrats opposed or wavering, it appears just as likely that legislative leaders scrap the vote for lack of support.

Which way it goes depends on how successful Murphy, Senate President Stephen Sweeney and Assembly Speaker Craig Coughlin, all Democrats, are in enticing lawmakers to cast a “yes” vote.

They have plenty of inducements at their disposal, from appointments to money for lawmakers’ districts. But many legislators have firm beliefs on the topic of marijuana and may be difficult to sway.

With New Jersey on the brink of approving the most detailed marijuana reform bill of any state, some observers say three women were integral to getting the process this far.

“These women are trailblazers,” said Kelli Hykes, the director of government relations for Weedmaps. Each in their own ways, these three women not only helped move New Jersey to the brink of legalization, but were part of a process that has kept issues of social justice at the forefront.