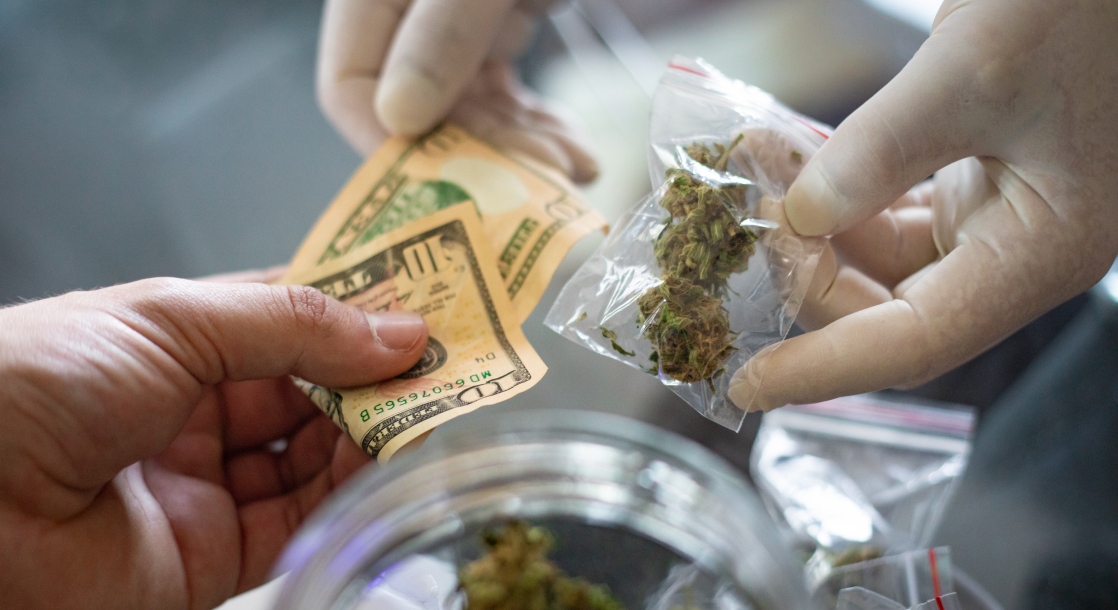 When it comes to weed, customers are most likely to purchase in portions known as an “eighth,” a “quarter,” and a “half.” These are all fractions of an ounce of weed. Another crucial marijuana measurement typically employed in the commercial cannabis game is a “gram of weed.”

Understanding grams becomes essential when making larger pot purchases in order to ensure you get what you paid for. But, if buying large amounts of weed isn’t your thing, you can also just buy a gram of weed outright.

Typically, a gram of weed will easily fit into the palm of your hand. A gram of weed is often all you need to roll one fat joint, or two to three slim joints. That begs one essential question, though: How much does a gram of weed cost?

In age-old illicit marijuana parlance, a “dime bag” was one of the base units doled out by weed dealers. As the name implies, a dime bag costs $10. A dime bag also usually contained a gram of weed. In keeping with that logic, then, a “nickel bag” is a half-gram of weed and costs $5. (But, really, who’s trying to only buy a half gram of bud?)

So, the most direct answer to the query, “What does a gram of weed cost?” is simple: “A gram of costs ten bucks.”

Still, times have changed—and so has the price of gram of weed. While customers will always be required to shell out at least a ten-spot for a “dime bag,” not every dime bag, everywhere, contains a legitimate gram of weed.

In places where weed is legal, for example, fluctuating market prices and tax rates typically dictate that a gram of weed costs anywhere between $10 and $15, although higher quality varieties might command upward of $20.

While legalization has a number of upsides, one of the main criticisms is that the price of pot in legal regions has gone up, too. In terms of trade-offs, however, it boils down to this: We’re basically paying more for regulated weed so we can enjoy it without fear of being arrested. Compared to going to jail, it seems like a rock-solid deal.

Bud buyers have also likely come across the term “dub sacks.” In times past, a dime bag and a dub sack were sometimes interchangeable, but that’s become increasingly infrequent in the age of expanding weed legalization.

Typically, a “dub” now indicates two grams of weed. The original name “dub sack” initially came from shortening the term “double dime bag.” That’s why, in many areas, a dub still simply means $20 worth of weed.

Again, though, given the roving prices of legit pot and taxes, a legally acquired dub—meaning two grams of weed—may well cost in the ballpark of $30. Still, that’s nothing to complain about. Two grams of weed is usually good for a couple of blunts and five or so healthy-sized joints.

All of the above, it should be noted, answers the question: “How much does a gram of weed cost?”—but only in the United States. So let’s take a toke-minded trip around the world to discover what customers pay for a gram of weed in other countries.

The least expensive marijuana market may well be the cannabis-rich nation of Ecuador, where a gram of weed costs $1.34. Better still is that pot is decriminalized up to ten grams in Ecuador, so feel free to fork over $13.40 to get a sweet heap of green and still remain free from law enforcement hassles.

A number of other Latin American nations also boast low prices for a gram of weed, including Colombia ($2.20) and Paraguay ($2.22). Medical marijuana is legal in both those nations. In Panama, where pot remains outlawed, a gram of weed goes for $3.85.

Flying to the other extreme, in Tokyo—where cannabis is extremely illegal—a gram of weed goes for $32.66. But don’t even risk it: Japan once locked up and then deported rock-and-reefer icon Paul McCartney for sneaking some smoke behind their borders to enjoy after a sold-out stadium concert.

In short, how much a gram of weed costs can vary from country to country, city to city, dispensary to dispensary, and dealer to dealer. No matter what, though, the price of a good gram of weed, is well worth the intoxicating investment.