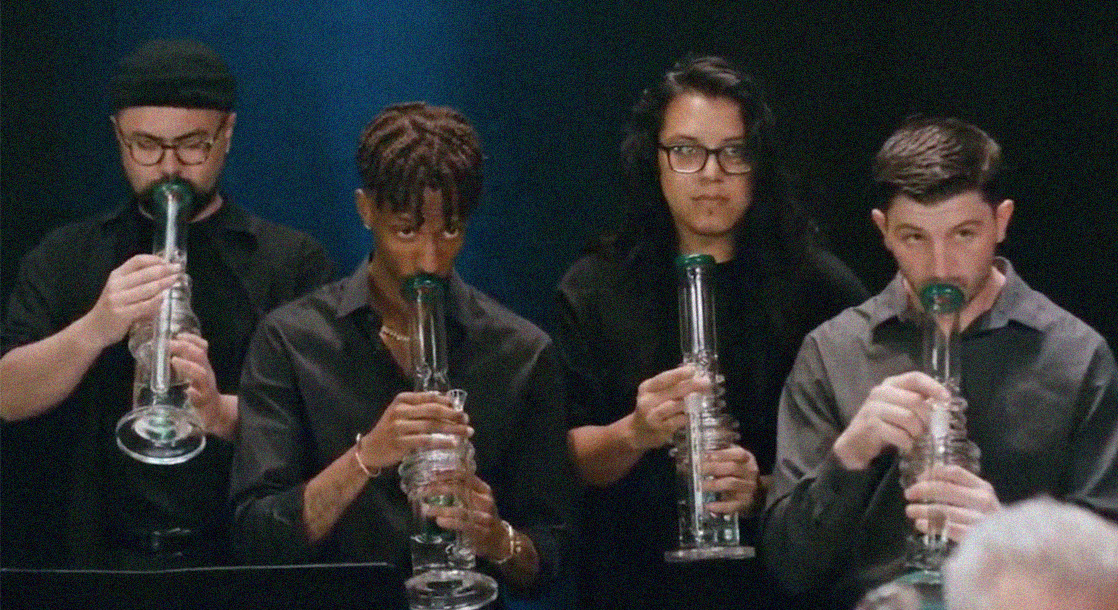 Probably not. But that didn’t stop the team at Flower Co., a wholesale cannabis supplier in California, from seeing if it could be done. In a marketing video that’s part parody, part honest attempt, the company set out to answer whether “water pipes” can replace organ pipes.

Ted Lichtenberger, one of the co-founders of Flower Co., told MERRY JANE that the video’s motif was borne from a cacophony of stoned thoughts. “When we first started, we wondered if it was even possible,” he said. “But as it got going, it proved to be incredibly difficult.”

Lichtenberger and his business partner, Tony Diepenbrok, auditioned dozens of local candidates for the ensemble, though classical music was not anyone’s forte — including the so-called musicians’.

“Most of them didn’t have a significant musical background, as much as they had a background in cannabis,” Litchenberger said.

So, what does a bong symphony sound like in the wrong, not-musically-trained hands? Check out the video below to find out.