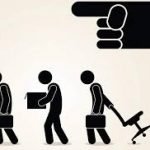 Struggling before the pandemic the sector had already started shedding jobs in production and processing. Now COVID-19 has sped up part 2 marketing and distribution realignment.

Leafly has announced 91 jobs are to go. We also wonder when the conference / media parts of the sector will have to start accepting defeat ( of a sort )

Interestingly as this story illustrates the world of cannabis content and news has been very lively over the past few weeks because the journalists actually have time to write stories rather than rushing from conference to conference looking for the story.

The issue, of course, is how long can these companies maintain their wage packets , weeks? months?

We’re not going to see a cannabis conference again until September in the US at the earliest. How will these organisations keep their head above water until then?

Reports are all well and good ,but if there’s a market with not many participating, we’d suggest that this is one expense  companies will drop in the short term whilst the horses are corralled.

One of the premier names in online cannabis information, Seattle-based Leafly, said Monday that it’s further cutting its workforce as part of a response to the coronavirus outbreak.

“Today Leafly eliminated the roles of 91 employees across the company, 39% of our workforce,” CEO Tim Leslie said in a statement, adding that he was “heartbroken” over the decision.

Leslie said the company is continuing to grow, but the coronavirus has “put further capital investments we were expecting on pause.” As a result, he said, Leafly was forced to cut costs more than it had previously.

In January, Leafly cut 54 employees and, a month later, closed its operations in Germany.

The company had a smaller round of layoffs in 2017, when it cut 15 workers.