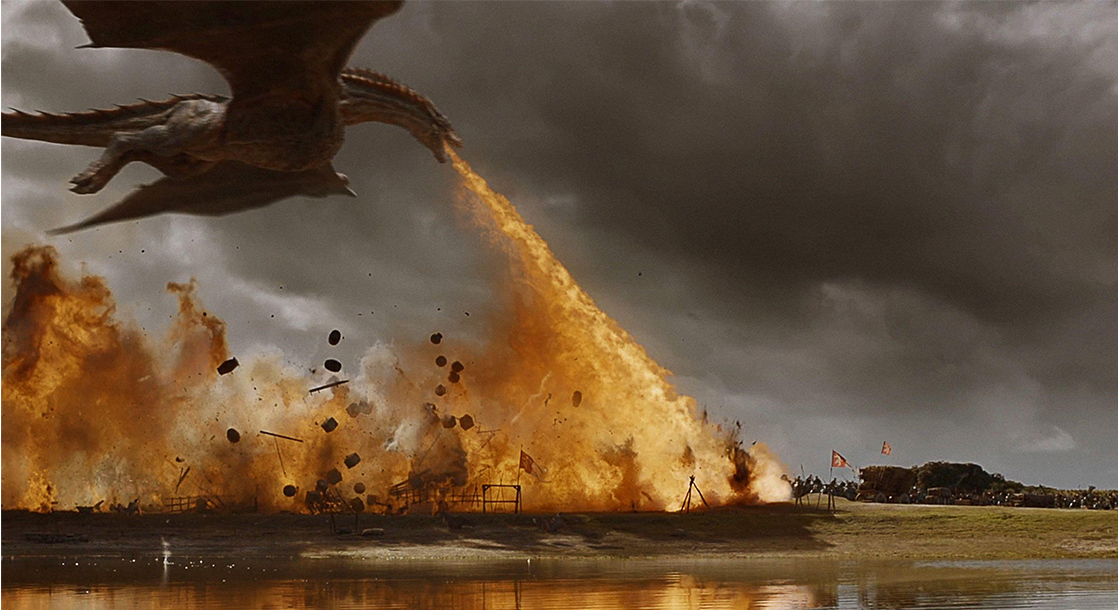 John Wick: Chapter 3 blows apart multiplexes this week, upping the series’ intensity to levels that can only be properly pondered while whacked on weed.

Vintage cult flicks veer from schlocky MST3K-style horror with The Alligator People to the psychedelic ’70s sex shocker Eugenie: The Story of Her Journey Into Perversion, to the deliriously dumb-great joy of the drive-in nugget Gas Pump Girls.

Our marijuana accompanying musical motherlode comes packed with the latest from mega-stars DJ Khaled and Tyler, the Creator, along with alt-rappers Injury Reserve.

Five years ago, the Keanu Reeves thriller John Wick seemed to come out of nowhere, revitalizing the action blockbuster from its very DNA outward. It absorbed the dynamics of all previous breakneck movie classics while imbuing the on-screen possibilities with stupefying innovations in terms of pacing, plotting, technology, and (above all) ass-kicking.

As such, the original John Wick (2014) largely caught on through home viewings, where watchers could pass bongs as they gaped in amazement at a new realm of cinematic mayhem. So fans knew to ingest marijuana en mass for John Wick: Chapter 2 (2017). The movie, once again, surpassed even the most deranged of expectations.

Now comes John Wick: Chapter 3 — Parabellum. And, once again, Keanu and company blast past the series’ previous highpoints to declare a new definition in ramping up on-screen excitement.

Albatross Soup is an acclaimed animated documentary that psychedelically realizes various ways in which people answer the surrealist riddle, “A man goes into a restaurant and orders albatross soup. After he eats, he goes outside and shoots himself. Why?”

Director Winnie Cheung illustrates the participants’ replies with cascades of color, infinitely-shifting shapes, and mesmerizingly-inventive visual variations that match the mind-expanding possibilities of each subject’s take on the situation. You don’t need to drop acid before plunging into Albatross Soup because the mini-movie will make you feel like you already have. That said, dropping acid is always recommended.

Here it is. And there it goes! For the past nine years, Game of Thrones has transformed the entire planet into bong-lords besmitten by daggers and dragons, queens and demons, mythical beasts and monstrous battles between the living, dead, occupants, and all points in between.

Now, after a succession of the show’s most controversial episodes ever, Game of Thrones goes out with what’s bound to be the Mother of All Bangs. And, uh, will (hopefully) wrap up the epic in a manner worthy of all the weed we’ve imbibed to get to this point. So fire up your most flight-inducing strain and set off to Westeros with the rest of humanity this Sunday where, we hope, Tyrion (Peter Dinklage) will finally be the one to park his hard-partying carcass once and forever on that infernal Iron Throne.

Jerrod Carmichael is one of the most hilarious stand-up comedians of the last decade. His NBC sitcom, The Carmichael Show, also showed him to be a deep thinker, as the series tackled tough topics without ever losing its mission to make audiences laugh. It’s too bad more of us didn’t know that so it could have run longer!

Now, with the new two-part HBO special Jerrod Carmichael: Home Movies, we get to see and experience even more of this multifaceted funnyman.

Home Videos is a beautiful series of filmed encounters between Carmichael and his family members, shot back home in North Carolina where he grew up. Needless to say, the people that raised Jerrod Carmichael are uproarious in their own right, but their frank talks together are also moving, sad, uplifting, alarming, and altogether inspirational.

A teenage time-travel movie on Netflix might be the last place you’d expect to find potent political provocations and dope social commentary. But that’s exactly where See You Yesterday (produced by Spike Less) goes and, powerfully, what it does.

See You focuses on C.J. Walker (Eden Duncan-Smith) and Sebastian Thomas (Dante Crichlow), a pair of high school science wizards who invent “temporal relocation” backpacks that enable the wearer to jump back through time.

Just as their dreams run wild with possibilities, a real nightmare strikes when C.J.’s unarmed older brother is mistaken for a criminal and shot dead by police. From there, the temporal relocation backpacks become tools not just to change the past, but to enact a more righteous future. See You Tomorrow works as both a high-energy sci-fi and stirring call for conversation — two elements that each go along quite well with weed.

Directed by Antoine Fuqua and produced by LeBron James, What’s My Name: Muhammad Ali ups HBO’s normally top-of-the-line documentary standards to new, never-before-imagined levels of excellence. This 160-minute, two-part epic undertaking mirrors the mightiness of the champion of champion’s himself.

Part One chronicles Ali’s rise as Cassius Clay to his awakening as a Black Muslim and his refusal to participate in a war he didn’t believe in, pointing out that the boxing crown and the jail time it cost him was a mere pittance compared to the infinite riches of honor he displayed.

Ali’s integrity went on to fuel his 1970s ultimate conquest not just of sports but of worldwide popular culture; where he battled Joe Frazier and George Foreman in the ring — and hilariously sparred with sports announcer Howard Cosell outside of it.

Part two of What’s My Name focuses on Ali’s decline as an athlete and his ascendance as a humanitarian (and a endless inspiration), all the way up through his heartbreaking struggle with Parkinson’s disease and how he turned that unwinnable battle into a victory of the spirit.

A bitingly fun, MST3K-style B-flick creature feature from the 1950s, The Alligator People almost makes good on the premise of its title, but falls short as it focuses on just one Alligator Person. Still, that Alligator Person is a guy with diamond-shaped yellow eyes and green, scaly skin who’s wearing a turtleneck shirt and khaki pants, so the whole endeavor is a bong-passing blast.

Beverly Garland stars as Jane, a woman whose husband Paul (Richard Crane) mysteriously vanishes in his native Louisiana bayou. Eventually, Jane discovers, the most hilarious of hard ways, that a mad scientist has crossed Wayne with a local alligator and he’s evolving into what’s essentially the Lacoste logo come to life, standing six feet tall on two legs, and running around trying to snap his fangs down on people. That’s when the screaming starts, both on screen and amidst the clouds of smoke through with you and your laughing homies will be witnessing this reptilian madness.

With Eugenie: The Story of Her Journey Into Her Perversion, Spain’s supreme psychedelic fright visionary Jess Franco adapts a notorious novel by the Marquis De Sade into a dreamy, color-drenched, semi-horror sexploitation epic like no other.

Marie Liljedahl stars as Eugenie, a carnally curious young woman who visits a kinky couple on their island of delights, eager to experience all of awakenings. Things take a delirious, drug-dripping turn. Then, with the arrival of horror legend Christopher Lee as Dolmance, a satanically charismatic figure who brings each one of Eugenie’s fantasies to life—and just keeps the hallucinatory hedonism going.

Gas Pump Girls is a loopy, goofy drive-in flick that showcases a female foursome out to save an old man’s filling station by using gimmicks to attract business. Naturally, as the knuckleheaded comedy hails from the 1970s, their strategy involves hot pants, roller-skates, and sexual innuendos broadcast over the stations PA system.

The goofball universe of Gas Pump Girls also pits our heroines, who look like they just boogied out of Cheech and Chong’s most lovelorn fantasies, comical mobsters and a clumsy biker gang called the Vultures. Most weed-worthy of all, of course,  is an out-of-nowhere musical number that you’ll instantly want to pack a fresh bowl to and rewatch — way more than once.

Igor
By Tyler, the Creator
Get It: iTunes

Two years have passed since Tyler, the Creator last lit up life with his Flower Boy LP. Since then, Tyler has kept busy with his empire of undertakings, but he’s kept the lid tight on the wonders that await us with the arrival of his new album, Igor.

Now that Igor has landed, it’s not enough to declare that the wait has been worth it — although you can exhale easy, because it has. Instead, it must be announced that Igor is Tyler’s most tripped-out, brain-boggling, soul-stirring rocket fuel forward into history-making hip-hop to date. Fuel yourself accordingly and blast off.

Father of Asahd
By DJ Khaled
Get It: DJ Khaled official site

Eleven albums in and DJ Khaled high-dives deep on Father of Asahd and comes up with a milestone that’s more than just a new record to spin — it’s the living embodiment of a moment in time, both personal for Khaled as a dad and cultural for society. It invokes such vast emotion and hits so hard you dare not try to listen without smoking first.

Khaled’s greatest is beyond a given, as is the A-plus-plus guest roster. What no one has been prepared for is his collaboration on “Father” with John Legend and the late, great Nipsey Hussle. We told you to get high before you even try with this one!

The self-titled release from wigged-out Arizona alternative hip-hop trio Injury Reserve is the group’s first official long player and exactly what fans of freak-jazz weird-rap have been jonesing for.

For those who have been inhaling along since Injury Reserve’s 2015 breakthrough Live From the Dentist’s Office (recorded in an actual dentist’s office), the new album mines their core eccentricities for newly inspired nuggets of sonic intoxication.

Genres mangled most mellifluously here include K-pop, punk, synth-wave, grime, and infinite others — so much so that when a New Zealand war chant pops up, it feels as natural as what you’re smoking.