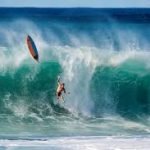 Senate Majority Leader J. Kalani English has introduced marijuana legalization bills for the past 15 years — but Hawaii has a track record of moving slowly on social issues. For example, other states moved far more quickly to sanction gay marriage and medically assisted suicide.

Half the Democrats in the state Senate co-sponsored English’s measure, helping spur speculation this would be the year legalization becomes reality.

But the effort fizzled as other leaders worried about contradicting federal law, which continues to classify marijuana as an illegal drug, and jeopardizing Hawaii’s existing medical marijuana program.

To move forward, the bill had to pass the Senate Health Committee and Senate Ways and Means Committee by a Friday deadline so it could be considered by the full Senate. But the Health Committee did not schedule a meeting on Friday to consider any bills, effectively killing the marijuana legalization measure.

Rep. Della Au Belatti, the House majority leader, said before the bill died that she believes Hawaii will legalize adult use marijuana at some point. But she said lawmakers will vet the issue carefully.

“I also think that we have enough folks who are sitting around the table who are saying ‘Let’s do it right. Let’s not just rush into things and let’s do it right,’” she said.

Belatti said lawmakers must closely study the experiences of states that have legalized marijuana. She also wants to have abuse prevention, treatment and education programs set up before legalization. Hawaii also will have to make sure legalized marijuana doesn’t lead to more impaired driving, she said.

Cannabis Charges On Your Record? These Michigan Pot Shops Will Give You a Discount

What Is “Bruce Banner” Weed and Will This Strain Get You Ripped Like the...

Cannabis Charges On Your Record? These Michigan Pot Shops Will Give...