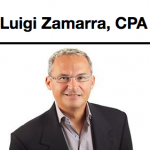 If you wish to re-publish this story please do so with following accreditation
AUTHOR: By R.L. Zamarra, CPA*
PUBLISHER:  CANNABIS LAW REPORT

*R.L. Zamarra served as the Chief Financial Officer at Harborside Health Center in 2010 and 2011.  Since then his CPA firm, Luigi CPA, serves clients in all aspects of the cannabis industry.  He was formerly a Director at PricewaterhouseCoopers.  He has been a speaker at the National Cannabis Industry Association and he assisted with the development of I-502 Regulations for the cannabis industry for the State of Washington.  Mr. Zamarra holds a BS degree in Commerce and an MS degree in Accounting, both from the University of Virginia.  He can be reached at luigi@luigicpa.com.  Luigi CPA offices are at 3819 Cerrito Av. Oakland, CA  94611.

Before diving into the specific issues addressed in the case, there are two meta-level observations worthy to note.  First, the Tax Court decided to publish this case not as a Memorandum decision but rather as an Opinion decision.  Memorandum decisions are used only where the law is settled and the decision is based on the taxpayer’s particular facts; whereas Opinion decisions are used where the Tax Court believes the case involves a sufficiently important or novel legal issue or principle.  Thus, the Tax Court wanted to make it clear that this decision sets precedent for the entire cannabis industry with respect to one or more substantive aspects of tax law.

Furthermore, the opinion is a whopping 62 pages in length, about 4 times the number of pages the Tax Court has devoted to any other IRC Section 280E case for a state-legal cannabis business.  This shows that the Tax Court has had a change of heart with respect to the cannabis industry.  To the Tax Court, a Federal judiciary that had not previously granted cannabis businesses this level of respect, they seem to be acknowledging that this new industry, still illegal under Federal law, has now gained sufficient traction nationwide to warrant more tax-authority guidance from them.  Accordingly, they delivered.

Before we address this question, please note that the US Tax Court has not issued any decisions under Section 280E (neither memorandum nor opinion) for any non-retail cannabis businesses.  All IRC Section 280E tax cases to date have involved retail businesses.  This is very important to understand.

The regulations under IRC Section 471 (and for that matter under Section 263A) provide different rules applicable for manufactured goods than the rules applicable for goods purchased for resale.  Treasury Regulation 1.471-11 applies to “inventories of manufacturers.”  These rules allow broad leeway for manufacturers to include in the cost of inventory produced any and all production costs, whether direct or indirect, so long as some portion or attribute of that particular cost relates to inventory acquisition, production or storage (and so long as the same method is used on the taxpayer’s books for beginning and ending inventory and the method does not distort income.)

Such broad leeway is not allowed for taxpayers who cannot claim to be a “manufacturer.”  Rather, such taxpayers can only claim as Cost of Goods Sold (“COGS”) a much more limited set of costs, which include only the actual cost paid to outside parties, plus the cost to purchase and store the inventory.

Pivotal Question:  Is Harborside a Producer?  A Grave Error in Logic

Harborside and their team of legal representatives had been actively engaged in cannabis activism for many years; they were involved in fighting legal issues at all levels of government, including actions at the state level to protect their flow of supply from their cultivators.   Under California’s Proposition 215, the law under which Harborside was operating, all cannabis that Harborside buys must be grown under authority of a “collective agreement” between Harborside and their member-cultivators.  The purpose of this “collective agreement” is to shelter the cultivator from criminal prosecution under state drug trafficking laws.

This “collective agreement” concept is California cannabis law, it is not tax law!  Apparently Harborside’s legal team did not understand their own error of logic.  We can only speculate, but it might seem reasonable that this error of logic was caused by reasoning that all cannabis grown for Harborside is being grown under their “authority” and therefore the activities of the cultivators should be ascribed to Harborside.  A non-cannabis tax lawyer would not have made this argument.

The Tax Court first correctly determined that a “producer” is more broadly defined than a “manufacturer.”  Whereas the determination of a “manufacturer” turns upon the activities of the taxpayer to induce a physical change to the inventory, the test for a “producer” turns only upon whether or not the taxpayer owns the inventory undergoing contract-manufacturing.  The Tax Court concluded that Harborside did not own the inventory of their cultivators (prior to acquisition of such inventory by Harborside).  Therefore, Harborside was determined to not be a “producer” and therefore it was limited by Section 471 to deducting only direct COGS.

Could Harborside Have Argued Producer Status?

It is publicly-available information that Harborside was acquiring its inventory from its cultivators.  If Harborside was operating like most other California retail cannabis dispensaries at the time, they were probably purchasing bulk cannabis flower.

But it seems that this bulk cannabis flower arrived at Harborside’s facility already tested, already separated from unsaleable stems, already weighed-out into small retail packages, already packaged in Harborside-branded packaging and already labeled.  We are drawing this conclusion from Harborside’s failure to argue otherwise during its Tax Court proceedings.

However this conclusion seems to fly in the face of publicly available information.  For most other California retail cannabis dispensaries operating at the time, bulk flower was purchased “unprocessed.”  Unprocessed cannabis comes in one large bag of one to several pounds: it has typically not yet been tested; it has many stems still holding together larger kolas (that do not fit into small retail packaging), it likely contains some shake and small buds that must be separated and sold at a lower price (sometimes in bulk and sometimes at retail); it has not yet been put into branded packaging and it has not yet been labeled.

Since Harborside did not make these arguments, we can only speculate that Harborside did no processing of bulk flower into retail packages.  If our speculation is not correct, it would seem that Harborside missed an opportunity to argue a fact that could have changed the Tax Court’s ruling.  Is it possible that their legal team’s understanding of this tax law case was clouded by their focus on California criminal law and Proposition 215 rules?  Did their legal team conflate these two separate bodies of law?

Again, we can only speculate, but it seems as though they did.  It seems that they were so confident in their legal position on this point that they missed the opportunity to advance an argument that could have swung the decision by the court into their favor.

Qualification as a “Producer:” Differentiating from Harborside’s Facts

Tax Court cases are deemed to be “authority” that all other similarly situated taxpayers must follow.  However, if a taxpayer’s facts can be differentiated from the facts in such authoritative tax cases, then the ruling does not have to be followed.

Most California retail cannabis dispensaries take the tax position that bulk cannabis is not yet ready for retail sale, but rather it must be further “manufactured.”  A change to the essential character must take place prior to retail sale.  In fact, many changes to the essential character must take place before bulk “unprocessed” cannabis can be ready for retail sale.  Here is a non-exhaustive list of all of those processes:

A review of this list of activities would lead any business owner or executive (cannabis or otherwise) to conclude that these are “manufacturing” activities since they result in “a change to the essential character.”  Thus, cannabis businesses that engage in these activities should be considered to be a “manufacturer” with respect to such products.  Since the test for a manufacturer is stricter than the test for a “producer,” and since the Tax Court has inferred in this case that a producer should be allowed to use the more flexible rules under Section 471, it would seem reasonable to conclude that cannabis businesses that perform these steps should be allowed to capitalize into inventory many more costs than merely the price they pay to the cultivator.

Impact on the Cannabis Industry

This unfavorable Tax Court decision sets a precedent that is not in the best interests of the new cannabis industry still trying to get its legal footing.  Whether or not it could have been argued differently we can only speculate.

Is there a message here that the United States Tax Court is trying to send out to the industry?  An observer might envision a hypothetical meeting of senior IRS officials and senior members of the Federal Executive Branch discussing the large amounts of tax revenues being collected by state and local governments, with a certain amount of envy.  They might have discussed how the Federal government might get some of these tax revenues; they might have concluded that they should remove application of 280E from these businesses and instead ask Congress to pass legislation for a Federal cannabis excise tax (the proper way to tax cannabis federally).  Then they might have considered the likelihood of such legislation passing a divided Congress and concluded it would not be possible.  Then their next thought might have been that as long as IRC Section 280E is valid law, they will be able to get their Federal slice of cannabis taxes without any legislative changes.  Is Section 280E here to stay as the Federal government’s cannabis tax take?

If you feel the answer to this question is YES, then you must conclude, as I have done many years ago, that legal retail cannabis is dramatically underpriced.