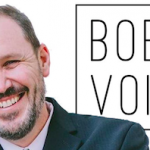 The 2010s were a big decade for cannabis. As we entered 2020, twelve states had legalized adult-use, recreational marijuana. Forbes recently reported that eighteen states could join that number, totalling 30 by the end of this year. This movement was, of course, spurred by Colorado voters’ watershed passage of Amendment 64 back in 2012.

As the wave of legalization spreads, so do the challenges faced by the marijuana industry, jurisdiction by jurisdiction – and there’s no simple highway between the dawn and the dark of night. But really these are predictable growing pains and distinct patterns are emerging, not just state by state, but country by country.  And these trends can be validated and documented, but only when one has insight, a decade of commercial cannabis experience, and industry context.

What are these trends?

One is lawsuits concerning licenses. When regulations require or encourage actors to “get married” vis-a-vis a license (i.e., required vertical integration, residency requirements, or social equity licensing- to name a fee), business relationships can become compromised and you can expect license related business litigation. We’re currently seeing this play out in  California; certainly not the first jurisdiction to face this challenge. Such lawsuits in Colorado, Washington, Oregon, Massachusetts, and Maryland remain ongoing.

A number of states have enacted policies to cover workers comp insurance for employees of marijuana businesses. This just got approval by New Jersey, as had happened earlier in New Mexico and Oregon.  This always closely follows the legalization of cannabis in a regulated marketplace.

There’s also the move toward (and subsequently away from) vertical integration, with companies positioning themselves to own and control their entire supply chain. This started early on in Colorado and has spread throughout the larger cannabis industry both as a regulatory requirement and as a business efficiency concept.

Then there’s the issue of how to enforce a smell ordinance. In other words, with legalized cannabis use, when does the smell of cannabis usage (e.g., smoke or vapor) or cultivation plant odors cross a reasonable limit whereby the government feels it is compelled to get involved.  Each state with a regulated market has faced this issue, and recent articles show that Illinois, on the heels of legalization, is next in line.

Since the early days of legalization in Colorado there’s been a movement toward unions. Several unions have attempted to attach themselves to, or tonedge themselves into, the cannabis industry. While that didn’t succeed in Colorado for a number of reasons, we’ll surely see it come up again and again as more states legalize.

There are also social justice issues, like expungement. Illinois Governor JB Pritzker recently made headlines by granting nearly 11,000 pardons for marijuana convictions in his state. We’ve seen these same retroactive pardoning efforts in California and Colorado.  We have also seen various district attorneys actively dismiss pending actions involving cannabis and commuting sentences for those serving time for cannabis offenses. Some government leaders have been strong on these issues, while others are very weak. Because of these inconsistencies, groups like the Last Prisoner Project have come together to address these inequities.

Here’s a big one: excessive sales and excise taxes. This has caused California’s slow roll out and many say that it continues to fuel the black market (whether or not black market eradication should be the measure of success is an issue for another time, but the short answer is ‘no.’). Do high taxation rates justify the industry’s existence, or do they stymie the commercial regulated industry?

High taxes have come to nearly all states with a regulated market. Should California regulators and policymakers have more closely examined other states, like Colorado, that have been through all of this earlier? Absolutely. But for some reason, they feel that this has ‘never been done before,’ or they insist upon reinventing the wheel—all highly inefficient and stubborn.

That’s the whole point. The jurisdictions change, but the patterns don’t. Learning from these trends mitigates the magnitude of the challenges in states moving toward legalization. It’s been almost ten years since Colorado led the charge. We have enough data now to analyze it and draw the right conclusions. There’s nothing stopping regulators from making wiser policy decisions, it’s just a matter of paying attention to history, which has a history of repeating itself.