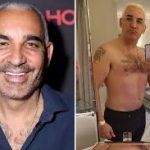 With Australia relaxing its cannabis laws, the Greek heir of Coca Cola bottling Aki David is planning to bring his Swissx brand of medicinal cannabis products to Australia and also plans to set up an island resort for lovers of the plant.

The cannabis oil in Swissx products is said to contain 65per cent cannabidiol (CBD) which has strong medicinal properties in the fight against disease.

“Australia is championing changes to cannabis laws in March, which is great,” Mr David told the Daily Mail.

As of this month in Canberra people over the age of 18 will be allowed to possess 50g of cannabis and grow two plants. Victoria led the way when in 2016 it allowed for sick patients to have access to cannabis for medicinal purposes.

Mr David has recently returned from the Caribbean island of St Kitts where he had been arrested following the discovery of 5,000 cannabis plants on his private jet.

He said he had returned to the island after he was charged to submit a constitutional case to allow the sale of hemp.

“The law (of St Kitts) is wrong. The state has accepted our case to represent that hemp should be exempt from the cannabis act. And it’s going to happen which is good news.”

The billionaire said he was organising for import licences to bring his Swissx cannabis products to this country.

“There is a huge opportunity for hemp farming in Australia. These are tough plans that yield three or four times a year.

“My intention is to bring plant-medicine wellness to Australia as best as I can. Cannabanoids are part of the arsenal of medicine that is revolutionising our species.”