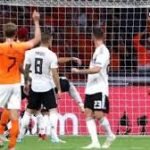 Interest in Germany as a major European cannabis hub is not waning (apparently) despite its botched licensing process, as 79 firms have bid to become growers, the government said.

The German Federal Institute for Drugs and Medical Devices (BfArM) is leafing through the applications and will eventually hand out cultivation licences to a minimum of three and a maximum of 13 firms (hopefully).

A Dusseldorf court caused the initial tender, which had an intake of 118 hopefuls, to halt after ruling companies hadn’t been given enough time to adjust after a change in the bidding process.

The current tender is also facing a similar challenge, with a court date fixed for April 10, but the government believes there will be no more delays and the contracts will be handed out in the second half of 2019 (fingers crossed).

Once up and running (possibly), the government will issue grower contracts for 10,400 kilograms (22,928 pounds) of cannabis over the next four years.

As the first harvest is not expected until the end of 2020 (hopefully), the drug will continue to be imported as the law allows, however this has also been fraught with problems as demand has significantly outstripped supply (of course it has).

The country has reported a shortage following problems of low stock from Canadian suppliers, from whom it has relied on since legalising medicinal marijuana in 2017. It also imports from the Netherlands.

Given the issues it has experienced, the home-grown tender will (possibly, eventually) ensure a high-quality native supply is also available, said Maik Pommer, a spokesman for the drugs agency.

“It’s about ensuring the security of the supply,” Pommer said.

The agency declined to comment on where the main growing regions will be. Each contract is for 200-kilogram lots, which experts say will open the door for smaller growers to enter the market (maybe).

As the largest of the EU states, Germany’s medical cannabis market was priced at $19.1m in 2018, according to Frankfurt-based pharmaceutical company Farmako, and could increase to $200m in 2019.

Across all of Europe, Farmako executives say, the medical cannabis market could reach $55bn in the next decade.

(Disclaimer: Cannabis Law Report is not responsible for the accuracy of the many consultancy and research reports currently flooding the market with numbers pulled from thin air.)

Prior to the 2017 legalisation of medicinal marijuana in Germany, around 1,000 critically ill individuals were authorized to use it

The government said it expected only about 700 patients per year to request prescriptions, which are partly covered by public health insurance, but in less than a year more than 13,000 people applied.

In November 2018, it was estimated 40,000 patients had been prescribed marijuana in Germany.

This could easily top 1m, and 5m in the wider European Union, showing how significant Germany is as a market for firms looking to gain a foothold in the EU; the annual cost of therapy per patient is between €4,500 ($5,090) and €30,000 ($33,000), making it potentially a multibillion-euro market.

Germany is the EU’s largest domestic market, and has long attracted attention from Canadian and US firms, but is also the target of fledgling EU growers from jurisdictions such as Greece, Spain, Italy and Malta.

Wider legalisation seems only a matter of time (probably), as the topic unites many of Germany’s otherwise divided political parties.

The Free Democrats, Green party and the Left party all believe criminalisation only feeds the black market and puts recreational consumers at risk. They also point to the amount of tax revenue legislation could bring.

Angela Merkel’s Christian Democrats are strictly anti-cannabis, and the other ruling party, the Social Democrats, are neutral.