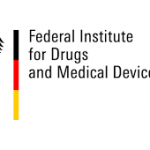 Germany’s medical agency is preparing to announce the results of its cannabis licensing tender later in the coming months, with 13 cultivation and supply bids due to be approved.

The European Union’s largest market has thus far made a pig’s ear of its licensing process, having legalised medicinal cannabis in 2017, but indications are the courts will side with the government over the application process and allow business to resume.

The country’s medical agency has been embroiled in several court cases from disgruntled licensees unhappy at the difficulty of tendering process and its apparent bias towards international players who have more experience in growing and exporting.

Lawyers say the second and hopefully final court battle is nearing an end, allowing BfArM’s (Federal Institute for Drugs and Medical Devices) the grace to hand out licenses and get the party started.

Don’t expect it to be a huge party though, the current quantities to be handed out not cover the amount needed by patients.  BfArM will approve 10.4 tonnes of cannabis of different grades over a period of four years, but given the increasing number of patients in Germany are seeing, Homberg said he expects there to be a major shortfall.

“I expect that they will very quickly begin to cultivate cannabis, but we likely won’t see the first cannabis harvest until the second or third quarter of 2020,” said Peter Homberg, partner at Dentons in Germany.

This should come as no surprise to German patients demanding cannabis, as for the last two years they have endured a reluctance by doctors to prescribe, no home-grown suppliers ensuring almost no supply, an unwillingness by insurers to cover the cost, and sky-high prices.

All that being said, earlier this week Canadian marijuana producer Aurora Cannabis announced it has begun selling cannabis oil to pharmacies in Germany.

Like many of its rivals, Aurora is strengthening its position in what it expect to be one of the larger medical marijuana markets outside of North America.

Aurora Cannabis said it had received the approvals needed from regulators in Canada and Germany to begin selling Aurora’s Pedanios 5/1 drops. The company first began supplying products to Germany in 2017, and has since been patiently waiting out the court cases and government wrangling.

“Aurora has established a strong brand as a trusted supplier among prescribing physicians, dispensing pharmacies, and German patients,” the company said in a press release. “As one of few companies able to sell oils in this rapidly growing market, Aurora is well positioned to establish brand leadership in the European derivatives market.”

Neil Belot, chief global business development officer, said in that Aurora Cannabis was “able to strategically allocate more product from our EU GMP-certified cultivation facilities to this higher margin market that continues to be significantly undersupplied.”

As cannabis oil products and other extracts and derivatives bring in higher margins than dry buds, Aurora said it expected to get a “premium” from its German sales.

While Canada’s recreational market stutters, the big names seek a foothold in Europe ahead of any changes in law that would unlock the single market of 500m consumers and 21m small and medium-sized enterprises.

Brussels is at the start of a very slow and deliberate process to widen access to medicinal cannabis, and it could be decades before it considers any moves over recreational use.

In October, Aurora gained a permit from Poland to import medical marijuana, and has also recently announced a similar deal in the Czech Republic.

Aurora’s main Canadian rivals are also putting flags in the ground across Europe, with Germany consistently singled out as the main market central to any future success.

In November, Cronos Group identified Germany as “extremely important for our global reach”, and in February, Canopy Growth sales in Germany were behind much of the $2.7m brought in by its international medical business. Canopy CEO Bruce Linton said last year Germany would be “the market I would keep an eye on over the next 12 months in Europe”.

Homberg, who is representing one of the licensee hopefuls, said patience is a necessity.

“It is very difficult to predict how the market will develop in detail because the market is still so young and there are so many different stakeholders currently acting in it,” he said. “In addition, we will also experience an increase in CBD products which do not have THC as a component. But we will definitely see an increasing demand for medical cannabis in the next years in Germany and Europe.”