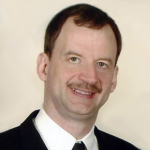 We have a slew of prior investors in NSAV projects keeping us up to date with the company, mainly as a public service warning. The message we always receive from these individuals is be wary , be alert if you are funnelling  funds toward NSAV. The quote from James Tilton, president of NSAV has an important phrase you should be aware of . In the press release he says “It Finally Looks Like” which to us implies a lack of clarity as to whether Chinese officials have actually given the full go-ahead on this project.

“I am thrilled that after nearly two years of negotiations, it finally looks like we will be able to grow hemp in China. The government officials in Heilongjiang Province are committed to becoming one of the leading hemp producing areas in the world. This is truly great news for NSAV and its shareholders.”

Also . The Company will be joined in the hemp grow operation by international Chinese conglomerate AMC Shanghai

But no link is given 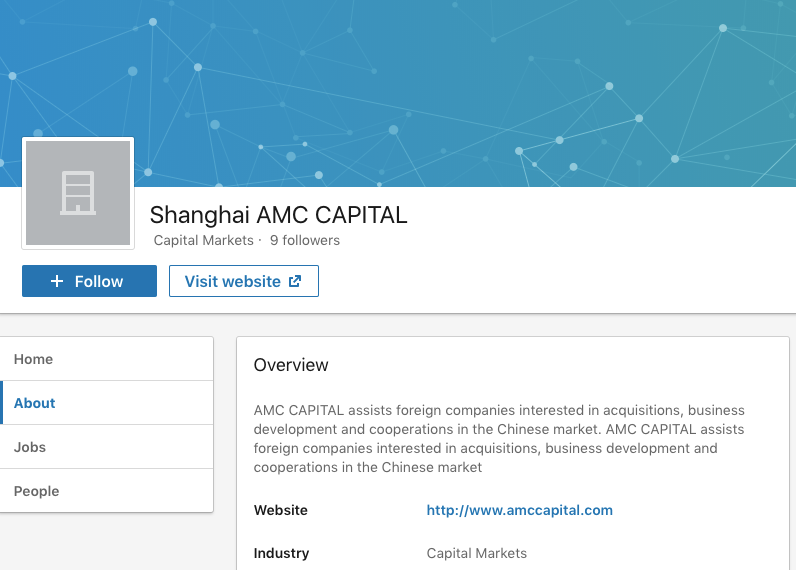 And ….by the way what happened here

CRESCO, PA–(Marketwired – Jun 21, 2017) – NSAV Holding, Inc. (OTC: NSAV) announced today that the Company will jointly develop a digital insurance app for the Chinese market with its local partner, AMC Shanghai. AMC’s Medical Care and Insurance Division will be heading up the project along with NSAV’s latest acquisition, Shanghai based Vital Strategic Research Institute. China’s digital insurance market, which was $12.5 billion U.S. Dollars is 2015 is expected to soar to $136 billion U.S. Dollars by 2020.
As usual the vortex whirls us down so we’ll leave you with the latest press release and let you make up your own mind

Net Savings Link, Inc. (OTC: NSAV), a medical cannabis technology company, announced today that the Company is launching a major hemp grow operation in China. The project will include both growing facilities and providing state of the art technology to its Chinese hemp partners. The hemp grow operation will be located in Harbin, the capital of Heilongjiang  Province. In 2017, Harbin hosted the International Conference on Hemp Industry, which was one of the largest hemp events ever held. https://hempconsult.com/the-comeback-of-hemp-in-china/ . NSAV expects approval of the hemp grow license by Chinese authorities within the next 30 days. The Company will be joined in the hemp grow operation by international Chinese conglomerate AMC Shanghai. China is the world’s largest producer of hemp and the cultivation area in the Chinese Province of Heilongjiang alone has grown to more than 74,000 acres in 2017, an acreage comparable to the overall hemp cultivation area in Canada or in Europe. And the plans of the Province officials are to even double the acreage in 2018. The U.S. is the globe’s largest consumer of hemp.

Further, China is the world’s largest producer of cannabis sativa seeds, accounting for nearly 40% of global production. In addition, Chinese companies have 309 out of the 606 patents filed around the world that relate to cannabis and hemp. These statistics, combined the Company’s foothold in China, provide NSAV with a major advantage over it competitors in the global hemp market.

James Tilton, president of NSAV stated, “I am thrilled that after nearly two years of negotiations, it finally looks like we will be able to grow hemp in China. The government officials in Heilongjiang Province are committed to becoming one of the leading hemp producing areas in the world. This is truly great news for NSAV and its shareholders.”

NSAV’s vision is the establishment of a fully integrated technology company that provides turnkey technological solutions to the legal medical cannabis and hemp industries, as well as other areas of the medical industry. Over time, the Company plans to provide a wide range of services such as software solutions, e-commerce, advisory services, financial services, patents and trademarks and information technology. 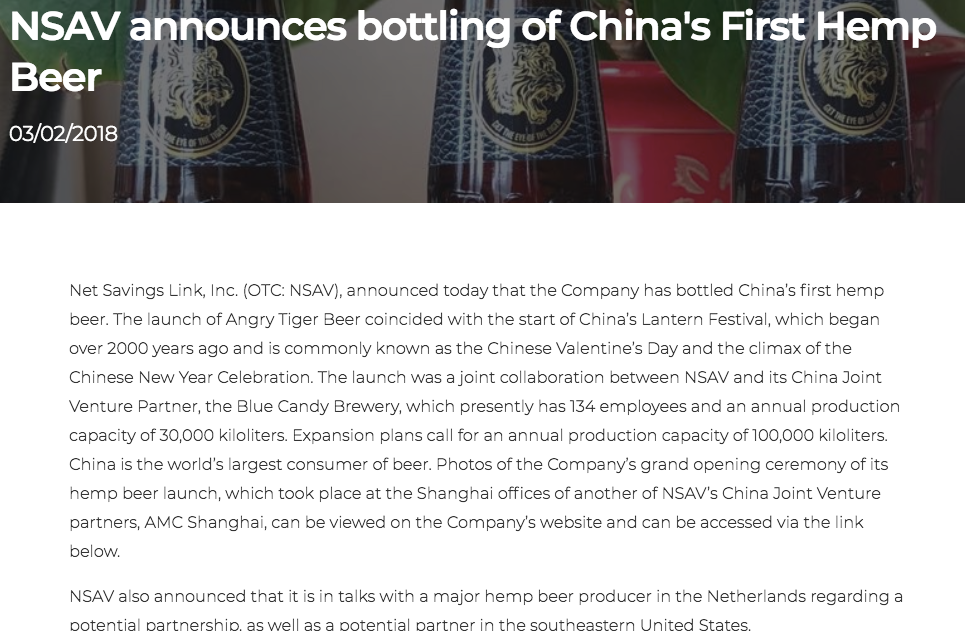 Spiritual, religious, and traditional use of cannabis