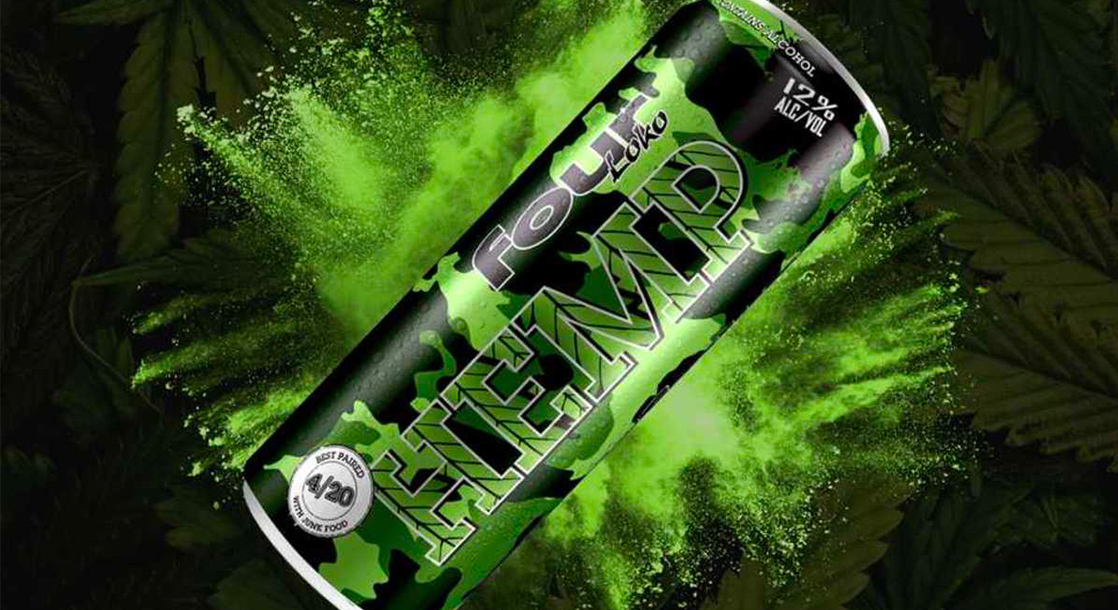 Now you can chase down that Carl’s Jr. CBD burger with a complementary 4/20-friendly beverage: Hemp Four Loko.

On April 20, the energy-drink/malt-liquor hybrid will debut a new hemp flavor. And the best part (besides its 12 percent ABV)? Unlike the Carl’s Jr. weed burger — which is only available for a single day at a single location in Denver, Colorado — Hemp Four Loko will be offered at numerous convenience stores and mom-and-pop liquor spots across the country.

Unfortunately, Hemp Four Loko, like most of its ingredients, lacks Mother Nature’s blessings. The new drink doesn’t contain any hemp extracts or cannabis components. Neither does it contain CBD or THC. The flavoring is entirely artificial, but given how many tokers gorge themselves on fast food during the world’s biggest weed holiday, that may not be an issue for a lot of folks.

“It just tastes like ‘the flavor people think of when they hear hemp,’” wrote James Chrisman at Thrillist. “We’re not entirely sure what that means, but if you’re brave enough, you can find out this month.”

Combining buds with beer (if Four Loko could be considered a beer) isn’t entirely new, however. Two Roots produces a variety of beers with THC. Blue Moon’s makers recently announced they’d be releasing a weed beer. And Canada’s Province Brands makes a beer directly from cannabis mash rather than infusing a hops-derived brew with cannabinoids or weed extracts.

According to one of Four Loko’s founders, hops should’ve been paired with weed a long time ago. The two crops are genetically similar, after all.