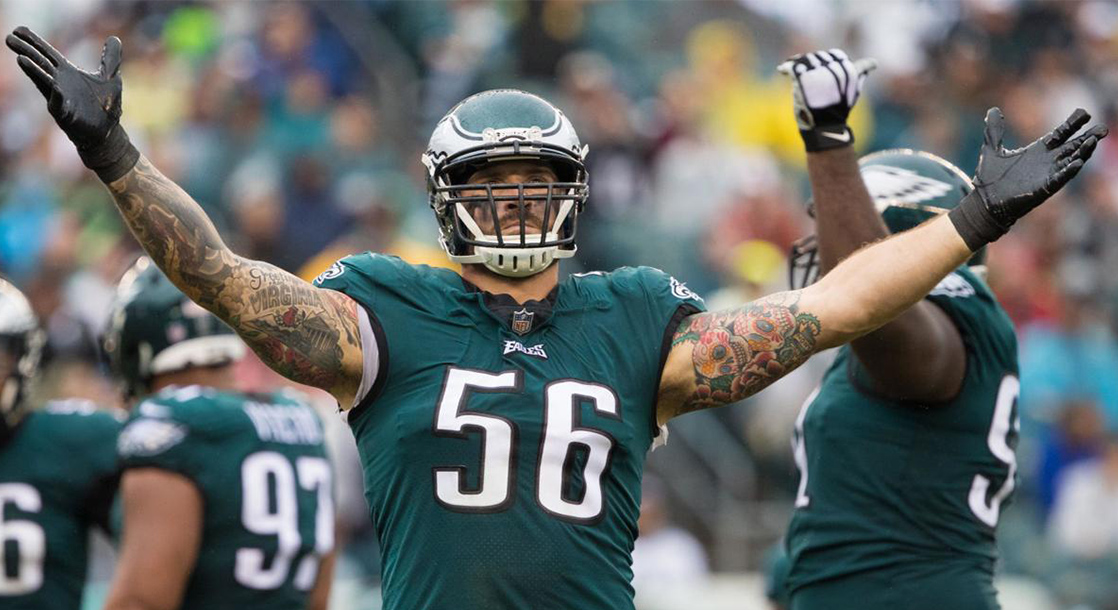 Former NFL defensive end Chris Long said he smoked marijuana throughout his NFL career, which he claimed helped him manage chronic pain and the stress related to playing professional football.

On Wednesday, Long outed his long-time marriage to the sweet leaf over the phone during an episode of The Dan Patrick Show.

“…I certainly enjoyed my fair share on a regular basis throughout my career,” Long said, according to Yahoo! Sports. “So, you know, and I was never afraid to say that and I’m able to say it more explicitly now: If not for that, I’m not as capable of coping with the stressors of day-to-day NFL life. A lot of guys get a lot of pain management out of it.”

Long played 11 seasons in the NFL, a career that spanned a decade, took him through three teams, and netted him two coveted Super Bowl rings.

The ex-Philadelphia Eagles’ champ also threw his full support behind cannabis policy reform at the NFL. He claimed the league’s drug tests were so easy to beat, it might as well allow players to use cannabis medicinally.

“If you’re serious about players not smoking, you’d be testing more often,” he continued. “I hope they go the opposite direction and kind of realize how arbitrary doing that one test a year is.”

And the NFL may be going in the opposite direction, after all.

Earlier this week, the NFL announced it would form two joint committees with the NFL Players Union to conduct studies on medical marijuana for pain management. However, the study could take months, if not years, to complete, so Long may not get his wish right away.

Long’s not the first NFL player to admit he smoked weed while he was still playing for the league. Last year, former Dallas Cowboys’ defensive end David Irving said he blazed while he was under contract.

Irving, who was indefinitely suspended from the NFL for his cannabis use, recently stated he should be given some credit for the league’s new pain management study.