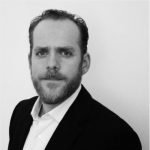 Parker, for his part, now says he should be entitled to additional compensation because, under the terms of his employment agreement, he claims he was guaranteed 4.2 million “full value long term incentive plan units,” or equity grants in the company, that would vest over time.

The total he was promised, Parker alleges, was worth $17.5 million in cash. But, according to the updated suit, he was denied any of those benefits after being terminated in November. He is now seeking restitution.