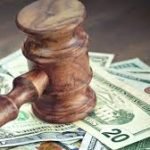 A former licensed cannabis cultivator in Salinas, California has agreed to a $1.1 million settlement for growing with an expired license and for exceeding their license’s maximum canopy size.

A former Salinas, California licensed cannabis cultivator has settled with the county District Attorney’s Office for $1.1 million for growing with an expired license, exceeding maximum canopy for their license, and removing plants from the grow site “in the middle of the night,” according to a press release from the Monterey County DA’s Office.

The case against California’s Top Shelf and California’s Top Shelf Family stems from a September 2018 site inspection by the California Department of Fish and Wildlife – due to the farm’s location near a wildlife habitat near the banks of a waterway – which found violations of Fish and Game Code. Upon further inspection, officials found the company’s cannabis license had expired the previous month and that the grow had exceeded their 10,000-square-foot allowance.

Law enforcement officials advised the company to cease operations and not remove any of the plants; however, officers found employees moving the plants to another location in the middle of the night which forced the Monterey County Sheriff’s Office and Department of Fish and Wildlife to use extra resources to immediately eradicate the operation.