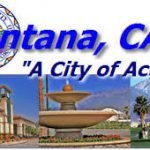 Three months after a San Bernardino County Superior Court judge ruled Fontana went too far in restricting residents who want to grow cannabis at home, city leaders are to review a new ordinance that does away with many of the previous policy’s restrictive mandates.

A public hearing on the matter is scheduled for 7 p.m. Tuesday, Feb. 26, in the Council Chambers, 8353 Sierra Ave.

In what was the first legal test of how far California cities could go in restricting residents’ newfound freedom to cultivate their own marijuana, Judge David Cohn ruled in favor of Harris, ordering Fontana to revise its ordinance and pay $106,916 in legal fees.

“It’s a real shame that the city brought this on themselves and then had to charge the taxpayer for their hubris,” Harris said recently.

Perhaps the most notable proposed change to Fontana’s policy concerns the cost of a Residential Indoor Marijuana Cultivation, or RIMC, permit, for which the city previously charged $411.

Should the policy be revised Tuesday, home growers would pay only $25 for the permit.

Also, as a result of Cohn’s ruling, a number of restrictions once placed upon applicants, residences and cultivation areas could be struck from Ordinance 1758, which city leaders narrowly approved in early 2017.

Under the new law, people who want to grow cannabis at home would need not undergo a criminal background check, agree to have their homes inspected by the city or provide the city a landlord’s permission to grow at the property.