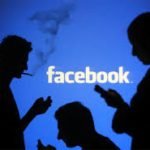 After fighting the legal marijuana industry for at least a year now, Facebook is looking at loosening its cannabis policy.

At a recent internal presentation hosted by Facebook, the world’s largest social networking platform said they are beginning to reconsider how they treat businesses operating in state-legalized cannabis industries. Right now, cannabis businesses – even the ones operating in states where there is a regulated market for marijuana – are not allowed to market or sell their goods on Facebook. And while the social network has previously claimed this is to ensure that they do not facilitate the sale of marijuana in places where the drug is still illegal, things could be changing.

“Our policies at the moment do not allow for the sale of marijuana on the platform,” the Facebook presentation said, as reported by the Telegraph. “We want to consider whether we can loosen this restriction, especially in relation to medical marijuana, legal marijuana and brick-and-mortar stores.”

Facebook has reportedly developed a working group that will investigate how it could enforce different rules across states with a variety of differing marijuana laws. The group has yet to make any formal plans or recommendations for policy changes.