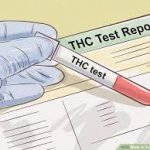 The European Union is set to increase the permitted THC levels in legal cannabis products from 0.2 percent to 0.3 percent.

Lawmakers in the European Parliament’s Committee on Agriculture and Rural Development made the decision as part of a set of proposals for post-2020 reforms.

The 0.3 percent limit was allowed until 1999, but rolled back under a more hardline governance of the bloc.

The reforms are part of the EU’s Common Agriculture Policy (CAP); a system of agricultural subsidies and other programs for member nations.

Pro-hemp activists had called for an increase to 1 percent, but the smaller jump was much  more likely to occur.

The decision will go to the full European Parliament, the bloc’s directly elected legislative, and the European Union Council of governments, ahead of implementation, which would be January 2021 at the earliest.

In the US and Canada (and Switzerland, which is not an EU member), 0.3 percent is the existing limit, so the rule change would bring the EU in line with the dominant cannabis-sector geographies.

The current restrictions mean farmers within the bloc are limited to around 60 varieties available to grow.

Pre-1999 the EU limit had hit 0.5 percent, but reform and a general anti-cannabis outlook from the bloc meant little love for hemp growers.

According to the European Industrial Hemp Association (EIHA), in 1984, when THC limits were first determined in Europe, the 0.5 percent limit reflected scientific beliefs of the time. After just three years, this cap fell to 0.3 percent as a measure for the “protection of public health”. And in 1999, the limit fell once again to 0.2 percent, where it has remained until this day.

The EIHA said this was done to “prevent the cultivation of illicit drug type cannabis in industrial hemp fields”, however “no evidence was ever presented to support this opinion”. They backed the return to pre-1999 limits.

Reacting to the recent committee vote, Lorenza Romanese, the managing director of EIHA, told HempToday, “[the vote] represents a major step forward for the sector. EIHA worked hard to assure the positive vote.”

The EIHA said raising the limit, however small right now, will enable the European hemp industry keep pace with the competition in North America and in Asia.

Alongside bolstering competition, the EIHA also argue that “there is no reason for a THC limit of 0.2 percent” and state that “0.2 percent [THC containing hemp varieties] are as safe as 0.3 percent [varieties] regarding drug abuse and there will be no noticeable effect on illicit cannabis production [from changing the limit].”