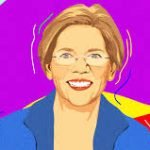 The plan – called A Just and Equitable Cannabis Industry – includes expungement, access to medical cannabis for military veterans through Veterans Affairs, cannabis research funding, allowing Washington D.C. to implement the taxed and regulated market approved by voters in 2014, permitting tribes to implement their own cannabis policies, protecting immigrants who work in the industry, and supporting other nations that choose to legalize the plant.

A JUST AND EQUITABLE CANNABIS INDUSTRY

Legalizing marijuana gives us an opportunity to begin to repair the damage caused by our current criminal justice system. Add your name if you agree: It’s long past time to legalize marijuana and create a cannabis industry that’s open to all.

Since 2012, when Colorado and Washington led the way in legalizing marijuana for recreational use, nine states and the District of Columbia have followed suit. Just last year, Illinois became the first state to legalize marijuana sales through legislation rather than a ballot initiative. An additional fifteen states have decriminalized marijuana, meaning that a person can’t be arrested and sent to jail simply for possessing small amounts. Thirty-three states, the District of Columbia, and Puerto Rico have legalized marijuana for medical use. And two-thirds of Americans believe that marijuana use should be legal.

This recent shift in government policy and public perception has been a long time coming. Anti-marijuana laws were first adopted over a hundred years ago to target primarily Mexican migrants and Mexican Americans. The term “marijuana” itself was racialized, meant to associate the plant with Mexican-origin people, stigmatizing both. And ever since, Black and Brown communities have suffered disproportionately from draconian enforcement of anti-marijuana laws.

We’ve known at least since the publication of the Shafer Report almost fifty years ago that the criminalization of marijuana wasn’t necessary or effective. But instead of listening to his own advisors, President Nixon continued on with the racist “War on Drugs” policy—contributing to the mass incarceration crisis that has cost us $1 trillion and disrupted countless lives.

But even as the federal government has held fast to its outdated marijuana policy, states have led the charge in adopting thoughtful, evidence-based marijuana policy. And what have we learned in the eight years since the first states legalized marijuana? Legalization works. The number of marijuana arrests in states that legalized have plummeted. States have saved hundreds of millions of dollars by decreasing their rates of marijuana arrests and incarceration, and collected billions of dollars in tax, licensing, and fee revenue from the marijuana industry. And despite the “gateway drug” myth, the overwhelming majority of people who use marijuana do not go on to use other illicit drugs, nor has legalization of marijuana led to an increase in violent crime.

Across the country, medical marijuana patients rely on marijuana for conditions like chronic pain, PTSD, and cancer. Some evidence suggests that medical marijuana can serve as a less-deadly alternative to opioids. Overdose death rates in states where marijuana is legal for medical use were nearly 25% lower than in states that had not legalized marijuana. Those states also saw a 23% reduction in substance abuse related hospitalizations and 15% fewer opioid treatment admissions when compared to states that have not legalized marijuana for medical use.

To see the benefits of legalization, look no further than Colorado. As of last summer, Colorado had raised over $1 billion in tax, fee, and licensing revenue related to marijuana sales, and has used that money to fund school construction projects, improve youth literacy, expand full day kindergarten, and invest in mental health initiatives and homelessness prevention. In one county, tax revenue from marijuana sales has funded college scholarships for hundreds of students. The state has also seen a reduction in opioid related deaths.

However, even as the marijuana industry and some state governments are making money hand over fist from the legal sale of marijuana, the number of marijuana-related arrests nationwide continues to increase every year, with over 660,000 arrests in 2018 alone, over 90% of which were for possession alone. What’s worse, these arrests continue to disproportionately impact Black and Brown communities, though Black and Latino people are no more likely to use or sell marijuana than whites. This disparity persists even in states like Colorado that have legalized marijuana for recreational use.

Legalizing marijuana is about more than just allowing recreational use, or the potential medicinal benefit, or the money that can be made from this new market. It’s about undoing a century of racist policy that disproportionately targeted Black and Latino communities. It’s about rebuilding the communities that have suffered the most harm. And it’s about ensuring that everyone has access to the opportunities that the new cannabis market provides.

It’s not justice when we lock up kids caught with an ounce of pot, while hedge fund managers make millions off of the legal sale of marijuana. My administration will put an end to that broken system. We’ll regulate the industry so it’s safe and legal. And by reinvesting the tax revenue earned from marijuana sales, we’ll begin to rebuild communities devastated by the policies of the failed War on Drugs, and ensure that those communities are equally able to participate in the budding cannabis industry. Here’s how we’ll do it.

For four decades, we’ve subscribed to a “War on Drugs” theory of crime, which has criminalized addiction, ripped apart families—and failed to curb drug use. Legalizing marijuana and erasing past convictions won’t fully end the War on Drugs or address its painful legacy, but it’s a needed step in the right direction.

In spite of what we now know about the misconceptions surrounding marijuana use, hundreds of thousands of people are still arrested every year for marijuana offenses. The vast majority of those arrests are for simple possession—not selling, not manufacturing. They make it harder for people to find housing, get access to credit, obtain critical disability benefits and services, and enroll in school. They can cost people their jobs, custody of their children, and, increasingly under the Trump administration, result in deportation. And since their very inception, anti-marijuana laws have been used to target Black and Brown communities. We need a new approach.

Here’s how a Warren administration will address the disproportionate enforcement of our drug laws:

For decades, marijuana offenses have helped to drive the development of a prison industrial complex. They have contributed to incarceration rates, particularly of Black and Brown men, and increased distrust between targeted communities and law enforcement. Legalizing marijuana and expunging past convictions is only one step towards addressing the legacy of the War on Drugs. My criminal justice plan proposes a set of reforms to tackle that legacy head on, including by eliminating the remaining disparity between crack and powder cocaine sentencing and providing individuals with substance use disorders with treatment instead of incarceration.