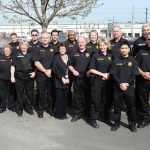 If you wish to re-publish this story please do so with following accreditation
AUTHOR:  Rob Hendrix,  Cannabis Consulting Nationwide
PUBLISHER:  CANNABIS LAW REPORT

I have been asked to write a story that attempts to deal with very real problems with the roll out of 502 in general and in particular how the evolution of our regulatory framework has been affected by the WSLCB, the Washington State Liquor and Cannabis Board, more typically today known as the LCB.

Alcohol prohibition was repealed in Washington State by Initiative 61 in 1932. From 1933 to 2012, the WSLCB, back in the day known as the Washington State Liquor Control Board, was the sole distributor of all liquors and spirits throughout the State. In actuality, they were  also the primary retailer as well.

There was a nearly 50/50 mix of State operated stores and privately owned stores, 167 State run and 163 privately held. The State of Washington had absolute control of distribution, pricing etc. The privately held stores paid the WSLCB a commission on all sales. There were some minor changes over the years but nothing of consequence until voters passed Initiative 1183 in November 2011.

This Initiative in effect ended the State’s monopoly on liquor sales and distribution. June 1, 2012 saw the official transition to private liquor sales. This is significant in the evolution of the WSLCB and just what its responsibility and oversight would extend to, because, on November 6, 2012, Initiative 502 passed.

And this of course was the legalization of “recreational” use of Cannabis.

The WSLCB was given the task of overseeing and “enforcement” over all things 502 related as it pertained to 502 licensees. And as strange as it may seem, this was a radical departure from what the WSLCB had been charged with in it’s history up until that point. Therein lies the crux of the beginning of the growing pains experienced by the WSLCB.

The WSLCB, changed officially in 2015 to the Washington State Liquor and Cannabis Board, is an administrative agency of the State of Washington. Further, it is a part of the Executive branch and reports directly to the Governor, in fact Board members are appointed by the Governor.

The Legislative branch of government is not the final stop in the oversight of the WSLCB, although in practicality the day to day rules and responsibility given to the WSLCB are worked through various committees on the Hill and the LCB is given it’s direction and regulatory “goals” by the Congress. In fact at present the State Legislature is working to overhaul the primary role of the LCB.

There has been substantial evidence produced that has led many in Congress to conclude there has been a “gotcha” mentality in the way the field enforcement officers are conducting themselves. Many examples of a rather petty and nasty nature in the way field officers have treated licensees, especially growers, have been shared with committees in Olympia. In fact, there is currently a Bill that has a great shot at passage that would fundamentally change the way the LCB conducts “business”, ESSB 5318. This would in effect change the “enforcement” element of the LCB to “inspector”.

This Bill, if enacted, would remove the teeth from enforcement officers and would create an environment whereby a licensee could contact his/her enforcement officer to review a problem and set in motion a procedure and process to rectify the situation.

This so-called “gotcha” mentality prevalent at the LCB can be attributed to several conditions I believe.

It is not as though all 502 stakeholders are angelic and studious in following the letter and the spirit of the laws pertaining to 502. I know plenty who run fast and loose with rules and regulations and many of these have gotten caught and may be those who are complaining the loudest about coming under increasing scrutiny from their enforcement officers.

My next article will deal with my views as to being a good neighbor and a good steward of the industry, something many of these characters have not given a thought about, but as I say, that’s for another day. Bottom line? We in the industry have got to be doing this all better, neater and cleaner than any other industry.

We knew it, we signed up for it willingly so now we need to own the reality of our situation.