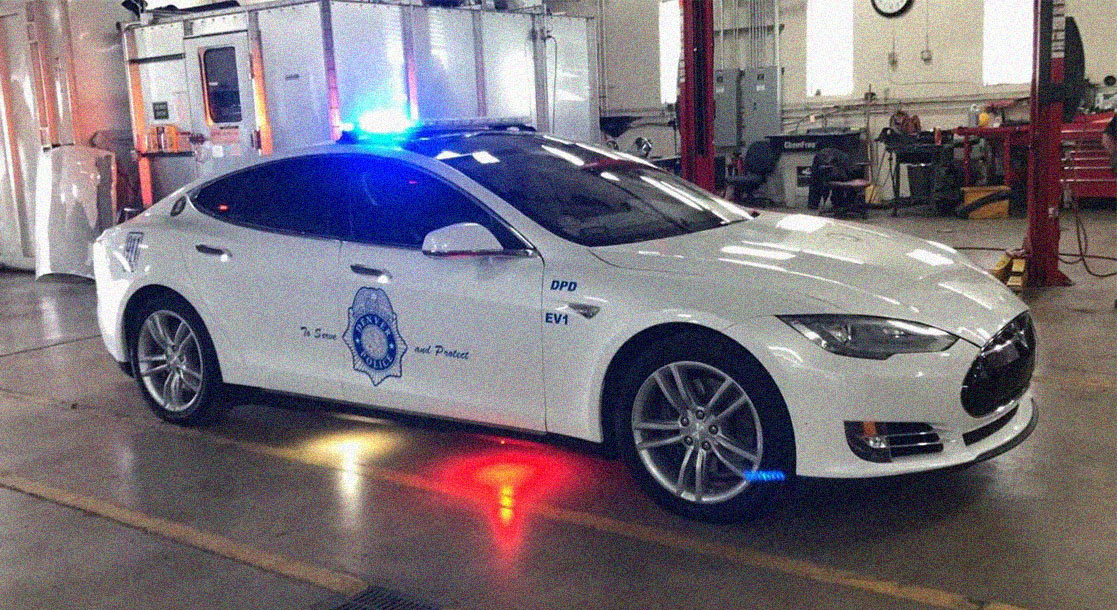 If you’re in Denver, you might catch local police sporting a swanky Tesla Model S. Authorities have kept mum about how they acquired the electric vehicle, until now.

The Colorado Attorney General’s office revealed earlier this week that the car became police property after investigators seized it during a 2017 raid on an illegal cannabis operation, according to 9News.

For months, folks have pestered the Denver PD over how it got the 2013 Tesla. Pre-owned models cost, on average, between $35,000 to $40,000, a significant overhead compared to the $25,000 price tag for brand new Ford vehicles that police typically order. In this case, Denver PD acquired the battery-operated ride for free — minus the cost of the investigation.

The Tesla originally belonged to Aaron Baca, the owner of Put on Developments LLC. Baca allegedly conspired with another company, Allied Exteriors, to ship Colorado-grown cannabis to other states in violation of state and federal laws. Additional charges included money laundering and tax evasion.

Baca coughed up the Tesla, along with the rest of his property, under a plea deal. After the DEA and Denver PD divvied up the goods, the city police got the car.

Although a single Model S could save police departments over $6,000 a year in gas expenses alone, this one doesn’t go out on patrols. As reported by Inside EVs, Denver police only drive it to community outreach events.