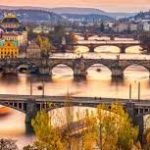 Medical cannabis should be 90 percent covered by insurance companies in the Czech Republic due to an amendment to the Medicines Act, which passed its final reading in the Chamber of Deputies. The bill now goes to the Senate, and if it passed there needs to be signed by the president before it can take effect.

But the draft law will also introduce an obligation for doctors to share patient data concerning people using prescribed marijuana.

Patients will have the right to stop doctors from entering the data in the drug database. But the Pirates and Civic Democrats prefer a different approach, which would require doctors having to actively ask for patient consent.

Pirate leader Ivan Bartoš, who is deputy in the lower house, said that patient data concerning cannabis could be misused, for example, by employers.

Health Minister Adam Vojtech (ANO) disagreed with this. “Let’s not paint the devil on the wall, that there will be some massive abuse. Only the doctors and pharmacists will see the information, no one else,” he said, according to news server Novinky.cz.

Doctors can prescribe medical cannabis for people with multiple sclerosis, AIDS, cancer or chronic pain that cannot be treated with other drugs.

Each patient can be prescribed a maximum of 30 grams of cannabis per month, with one gram of medical cannabis costing CZK 171.

Medical cannabis has been legal in the Czech Republic since 2013, but supplies have been a problem due to the lack of suppliers and complicated red tape. There is also a limited number of doctors qualified to prescribe the drug. Patients are not allowed to cultivate their own supply.

Cannabis use outside of having a prescription remains illegal, though having a small amount of dried cannabis or live plants for personal use has been decriminalized since 2010. Having larger amounts can result in a one-year sentence and penalties for selling cannabis are up to 18 years.