The weed “vape vials,” which likely were manufactured somewhere in California, boasted THC levels as high as 90 percent.

According to 14 News, the deputy who initially made the stop was unsure if the parodic cereal packages, which featured famous cereal mascots with blood-shot eyes, were simply “Trix” or truly contained THC. To confirm, he called in a K-9 unit.

But drug dogs aren’t trained to sniff out THC, as the intoxicating compound bears no detectable scent. Rather, cops train their dogs to smell specific terpenes present in the plant’s resin. One of the product’s labels claimed its cartridge contained 10 percent terpenes.

A 19-year-old was charged for possession of the mock kids cereal weed cartridges — the same types of cartridges that have been implicated in a cartridge counterfeit ring.

If the vials don’t actually contain any THC — which is a possibility, since nationally trademarked brands have successfully sued pot companies for biting their time-honored mascots and logos — the teen may luck out when he finally faces a judge.

Indiana continues to maintain full cannabis prohibition, while other US states have loosened their weed laws. No weed products are allowed within state lines, regardless of where the products came from. State authorities even consider it a crime to enter Indiana with THC in the bloodstream, regardless if the toker got lit in a nearby legal state. 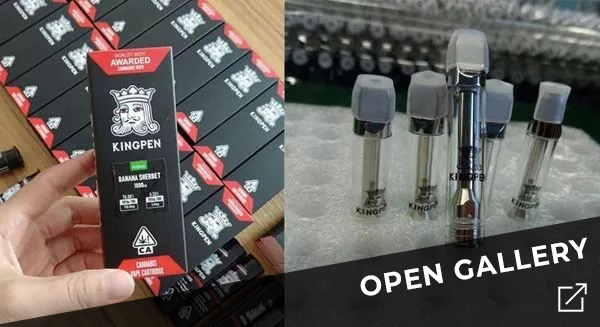