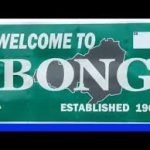 How Liberia Could Benefit

Liberia, a country with a tropical climate and rich soil, is in a pretty advantageous position to maximize the economic opportunities this industry is offering other nations.

Investors are already eyeing countries in West Africa because of its good geographics. An international firm is now making significant moves to begin the production of medicinal marijuana in Ghana and the West African country is opening its arms too.

Canopy Growth is already well grounded in several countries and the industry leader is seeking to venture in West African countries.

For Liberia, such a move would be revolutionary although it may take massive efforts to eradicate the misconceptions. Experts say the industry will allow for governmental oversight and a more tightened regulation so that children are not exposed and the marijuana plant is not abused.

At the same time, the industry would be a breakthrough for the country’s economy, which has expressed willingness to lure investors.

Liberia already has the crude expertise for farming the plant which is complemented by its fertile land. Therefore, once the relevant firms’ ventures into investing into the sector it would be a booming industry hence creating hundreds of new jobs.

The industry would also help minimize the illicit use of the plant and provide a market for farmers who are constrained to smuggle it across the country.

For example, Marijuana farmers in Nimba and Bong County would prefer selling their fresh produce to a legal company that will produce medicinal products instead of going through the heck of being arrested and jailed for selling it illegally.

Once the illicit sale of Marijuana is reduced, the black market will struggle and abuse of the herb would significantly diminish     This new sector would also impact the economy by creating jobs and increasing Liberia’s exports.

And for a bit of history