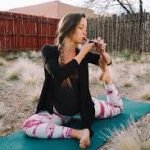 Westword report…..On May 2, just a day before the  session ends, House Bill 1230 passed through the Colorado Legislature after the House approved technical amendments made in the Senate.

This bill is far more expansive than any social use measure proposed before.

Under this bill, dispensaries would be able to apply for a tasting room license similar to the one used for breweries in this state, while businesses such as hotels, restaurants, music venues, art galleries and yoga studios could apply for private consumption licenses and limited pot sales.

Mobile marijuana lounges such as tour buses and limousines would also be licensed but could not sell marijuana. Social consumption businesses would have to apply for a license through the state Marijuana Enforcement Division, and would be exempt from the Colorado Clean Indoor Air Act, a state law that bans public indoor smoking.

“In expanding access to regulated spaces for adults to consume cannabis, we are taking the responsible approach to cannabis consumption in a safe environment,” says Senator Vicki Marble, one of the bill’s prime sponsors, in a statement about the bill. “HB 1230 protects the will of voters who asked for the freedom to choose marijuana as an alternative and to curb dealing and use in parks and on the street.”

Governor Jared Polis hasn’t spoken about the bill publicly, but social consumption advocates are confident that he will sign it

But there are still some hurdles before pot cafes can open in your town.

Even if Polis signs the bill, local governments would have to opt in to the new licensing program, and could modify it to ban certain forms of consumption, such as indoor smoking. And the City of Denver’s social marijuana consumption licensing program, which already has its own location qualifications and bans indoor smoking, would remain unaffected by new stipulations in the bill, unless Denver City Council or the mayoral administration decide to alter it.