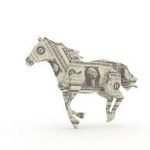 The legislation also puts in place several safeguards, including a requirement that publicly traded businesses or controlling investors receive a finding of “suitability” from state regulators.