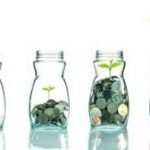 MJ Biz write……Colorado’s $1.5 billion-a-year marijuana industry appears on the threshold of opening its recreational and medical markets to a potential rush of outside investors and capital, almost a year after former Gov. John Hickenlooper shot down similar legislation.

Bipartisan legislation that would allow publicly held companies to both invest in and hold marijuana licenses in Colorado is being considered again this legislative session – and this time, odds are good it will pass and become law. A state House panel is scheduled to take up the bill Monday.

Colorado appears ready to open cannabis markets to outside investors